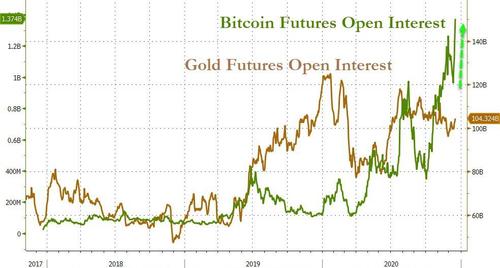 In addition to Guggenheim giving a $400,000 price evaluation, hedge fund One River Asset Management confirmed on Wednesday that it planned to bring its Bitcoin and Ether holdings to more than $1 billion by 2021.

“There is going to be a generational allocation to this new asset class,” Bloomberg quoted CEO Eric Peters as having said.

“The flows have only just begun.”

And this has helped push Bitcoin up near $24k… 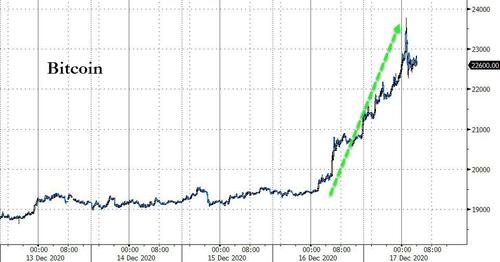 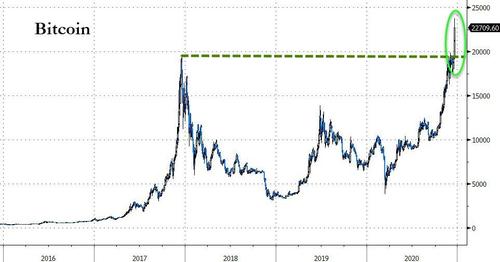 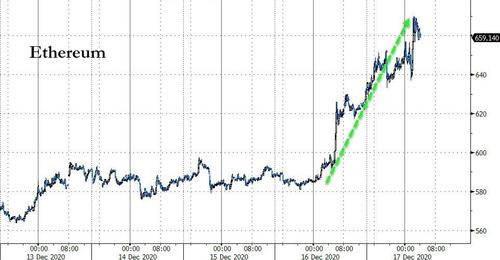 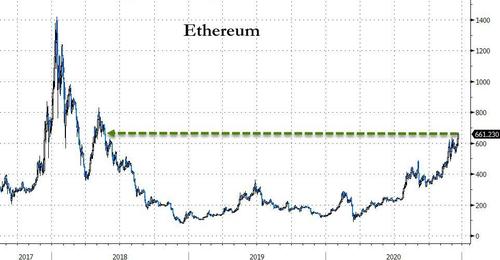 Notably, as CoinTelegraph’s William Suberg reports, Bitcoin is seeing a new kind of “flippening” above $20,000 as its original whales keep selling their coins to bigger institutional buyers.

Data from on-chain analytics service CryptoQuant shows that despite long-term investors rushing to offload BTC at a profit, buyer demand is still outpacing them.

With BTC/USD continuing to explore new highs, the “original” whales are beginning to look like plankton as institutions line up to buy en masse.

According to the CryptoQuant data covering exchanges, outflows hit yearly highs in the hours before $20,000 broke for the first time in history. The combined shortage of BTC on exchanges and institutional buying in over-the-counter venues lays the foundation for a fight over the remaining supply — and price rises are the only logical solution. 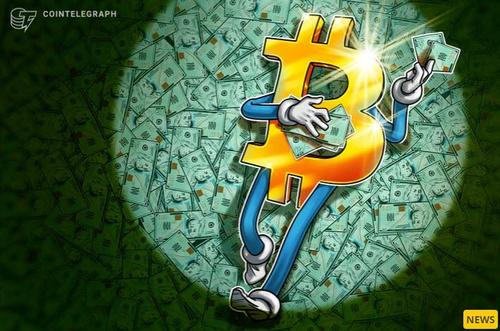 Three years ago, on this very day, Bitcoin reached its first major all-time high of $20,000, recording up to 2,000% gains for that year. Over the course of 2020, Bitcoin enjoyed another price rally pushing its price to new historic highs and crossing $23,500 on Dec. 17 for the first time ever.

Comparing the bull runs of 2017 and 2020, one may think that December has a special significance for Bitcoin. But other than this coincidence, the rallies are very much different in terms of institutional demand and adoption levels. From a fundamental perspective, this year’s Bitcoin bull run is nothing like 2017 — especially in terms of transaction fees.

Bitcoin’s 2020 bull run is significantly healthier in terms of costs per transaction. The miners’ revenue per transaction — a metric that also includes block rewards — amounted to $130 in December 2017 and about $60 on Dec. 14, 2020, according to data from Blockchain.com.

Raw transaction fees are significantly cheaper. According to monitoring resources like BitInfoCharts, the average BTC transaction fee is down to $5 in December 2020 from $50 in 2017. 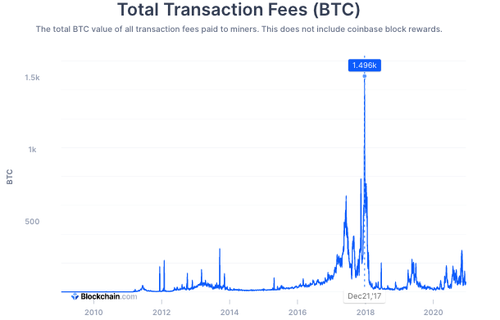 Bitcoin’s 2020 rally is also different in terms of hash rate — one of Bitcoin’s key metrics indicating the computing power and overall network security as well as resistance to attack.

According to data from Blockchain.com, the BTC hash rate has been steadily growing over time, with total hash rate surging from about 14 million terahashes (TH) per second in December 2017 to over 130 million TH/s in December 2020. 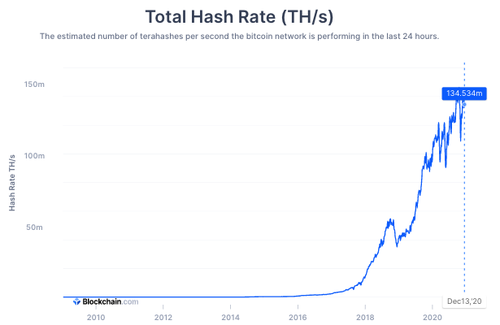 As previously reported by Cointelegraph, Bitcoin hash rate has recorded some significant movement in 2020. In early November 2020, BTC hash power jumped over 40% in two days after seeing a sharp drop in October.

It is worth noting that the increase in hash rate can also be attributed to more efficient mining devices that appeared in the past three years. Compared to 2017 miners, they produce approximately three times more hashes per watt of energy. Still, the network is unquestionably more secure than at the same point in the 2017 bull run.

As cryptocurrency adoption continues to grow each day, the number of daily confirmed transactions has been steadily increasing each year. Despite BTC transaction fees staying much lower than in 2017, the Bitcoin network is processing significantly more transactions than three years ago.

Bitcoin processed around 320,000 transactions on Dec. 14, 2020, compared to around 280,000 transactions in mid-December 2017, according to data from Blockchain.com. The all-time high in the number of confirmed transactions was recorded in May 2019, when BTC price started to recover from its drop to the low of about $3,000. 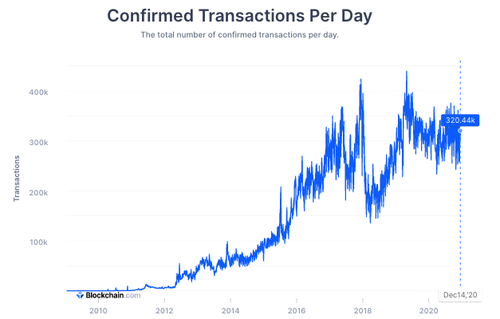 The number of unconfirmed transactions in the Bitcoin network is another sign that Bitcoin’s 2020 bull run is much healthier in terms of network fundamentals.

Amid the BTC rally of 2017, about 120,000 transactions were stuck in the BTC network in mid-December. According to the latest recorded data on Blockchain.com, the number of unconfirmed BTC transactions was just 68 on Dec. 16.

As Bitcoin’s rally keeps gaining momentum, it remains to be seen whether the ongoing bull run keeps its positive trend in terms of network fundamentals.

Finally, the question is, where does Bitcoin go next?

In a tweet on Dec. 17, the creator of the stock-to-flow price model noted that in its current halving cycle, Bitcoin’s growth is going as planned.

Despite huge volatility this week, stock-to-flow remains conspicuous in its ability to forecast the pace of change in Bitcoin price over extended periods.

Critics have argued that Bitcoin cannot repeat its behavior from the last bull cycle — specifically from 2017 — and gains this time around will be less pronounced, while taking longer to materialize.

Comparing performance since May, the date of Bitcoin’s third block subsidy halving event, with that after halvings one and two in 2012 and 2017, this year could not be a more textbook result, says PlanB.

“R.I.P. ‘lengthening cycles’ and ‘diminishing returns,’” he summarized alongside a fresh chart. 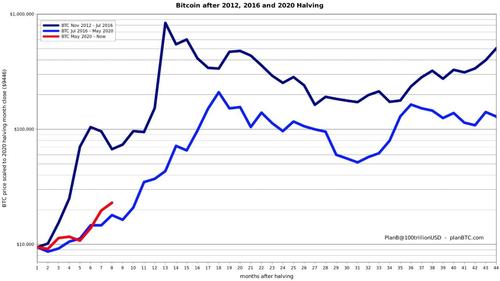 Bitcoin’s run to highs above $23,000 further allowed it to fill in empty space on the stock-to-flow model. Prior to that, at just below $20,000, BTC/USD was in fact underperforming compared with the model’s demands.

As Cointelegraph reported, however, even in November, Bitcoin was already beating its performance from the 2016 halving.

As Eric Peters said above: “The flows have only just begun.”

‘Sold out to Satan’: Viganò unloads on coronavirus ‘pseudo-health regime’