“Adam ate the Apple, and our teeth still ache.”

Yesterday Apple launched a new $14 bln multi-tranche bond deal, raising new debt up to 40 years. It was a classic deal. Although the firm has $196 bln in cash, the world’s most valuable company says it doesn’t really want to be sitting on a large cash position, and many suspect it would much rather give it back to stock holders. Why not? When rates are this low, what’s not to like about leveraging up and monetising equity into debt! 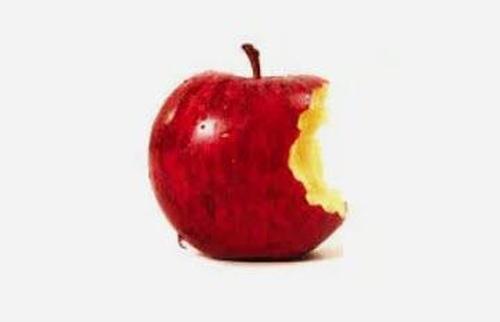 The new Apple bonds pay a 96 basis point premium over US Treasuries for the 40 year bond deal. That may be even be a bargain! If Apple was a sovereign nation, you would not be worried – it has around $126 bln debt out-standing, which is peanuts when its last quarter generated $110 bln revenues and $28 bln profit. The Reinhart & Rogoff rules says 70% debt to GDP is where you should start to worry about a nation’s debt. The US, with around $27 trillion in debt is around 136%. Ouch. Apple or Treasuries?

But having a lot of cash not doing very much isn’t a good thing. Although Apple has demonstrated it is an astute investor in financial markets, it’s has always been under pressure to do something with its cash pile or hand it back to investors.

What could it do? I read rumours of its hooking up with Korean car makers to launch its own Electric Vehicle (although the rumours also say the Koreans don’t want to give up their own chance to simply become white-label production for iCars.) Another item was about Apple’s coming take on Smart Glasses, or its new headphones at $600. Or it might go acquire something new, disruptive and innovative in the services sector – the area its’ targeted for growth.

While Apple is not in any imminent danger, it really has to do something. For those of us of a certain age it remains stylish, fashionable and a design icon. I’ve said it before – I am an Apple Addict. But just like me it’s becoming a bit sedentary. Just like me its’ getting older, more mature, and is hardly the disruptive force that pioneered and popularised personal computers, won the laptop battle, revolutionalised digital music via the iPod, created the smartphone (well got the credit) in the iPhone, the iPad.. and er… what else?

Not so much recently.

Analysts are noticing revenues on its core computing and mobile products are excellent, strong but essentially static. Someday.. someone else might disrupt its niche with a better smart-system everyone wants. If its earnings are ultimately capped, it can’t expect its equity to continue its stratospheric trajectory, and repaying debt before it becomes a zombie becomes the issue credit analysts will look at.

To kickstart new revenues, the firm is now focused on services, but iCloud is just another cloud service (I use Dropbox. Easier.) Or maybe its Streaming – maybe, Spotify is the clear music leader, while Apple TV is lacking in the steady stream of binge-watch series that Netflix deluges us in. (Full marks for Ted Lasso, but everything else is aimed at the other side of the pond.) I am sure Apple will be very good and competent in services, but it’s unlikely to dominate in the same way it has in mobiles the last 10-years.

As it continues to mature, its multiples will change. History shows no firm remains top for ever. Something else will replace it. 20 years in the top ten is a very good result. At some stage Apple will enter old-age. All firms get old eventually.

But for the meantime, Apple’s debt binge is likely to mean further upside for stock holders. For years it has been under pressure to use its healthy cash balance. Use it or lose it. Unless it has plans to make major acquisitions, then it would prefer to give it back to stock holders – which means the debt issue from y’day is great if you hold equity in Apple (as I do).

I’m seldom a fan of stock buybacks – it usually shows a lack of imagination by company management, but when rates are this low and a company can tap the market multiple times, then why not? (Y’day was the third time Apple has tapped the debt markets in 12 months.) All that cash will likely be used to push up the stock price via buybacks.

However, what happens in 40 years time when it comes to repay the debt? That will be interesting? Nations last longer than companies. US treasuries or principal back on Apple Bonds as the company resides in a care home? Just asking..