“‘Til The Pips Squeak”

Interesting week that was. Yet again, we are in a whole new place. Everything makes sense, but nothing is logical. Stocks are clearly overvalued, but can only go higher because the paucity of bond yields, despite steepening yield curves and rising signals, portents and auguries of rising rates. I’m reversing my gilts trade on the basis the Bank of England now expects recovery on the back of repressed savings and negative rates look increasingly less likely. Janet Yellen is going to consider exactly what the Reddit Wall Street rebellion was all about. I have some ideas for her.

Market analysts are concerned it all spells something wicked this way comes – but market analysts are always concerned. Some fear a sudden spike in inflation and higher interest rates will upset the current relative value support for equities. Others point out central banks will not countenance a market crash.

Others worry the only real reason for the success of SPACs and High Yield Bonds is the utter absence of anything else to buy – SPACs simply reverse the trend towards public companies going private.. but that should beg the question… why are Private Equity buyers letting them go public now, if not because they believe future equity valuations are inflated?

As I said.. everything makes sense. None of it is logical.

But for this week’s Friday Porridge rant, I am going to focus on something else: Norge’s Bank Investment Management – the world’s largest and richest sovereign wealth fund has done something wonderful. It has dumped stocks in seven companies due to their “aggressive tax planning and cases where companies do not give information of where, and how, they pay tax.”

Ouch! And well done. Let me try to put what NBIM has done in context:

The thing to really wonder about is how society is changing and what that means for financial markets. After all, it’s the madness of crowds, sentiment and human behaviours that drive market prices. Modern communications via immediate 24/7 news, social media, the ease and gamification of trading, and the influences of inputs such as Reddit and Fake News are changing the way markets function. It was revealing how quickly a loose internet shock-flock of aligned retail investors swiped the market this week.

Their anger at the financial machine was palpable. They demonstrate a fundamental change at the heart of market capitalism.

The basis of “shareholder capitalism” was best summed up by Gordon Gecko: “Greed is Good”. It was utterly corrupting. Anything to improve returns to the owners, the shareholders, was apparently justified. It was justified by the belief free markets would achieve an equilibrium where shareholders would make optimal profits by providing maximum utility to their customers. 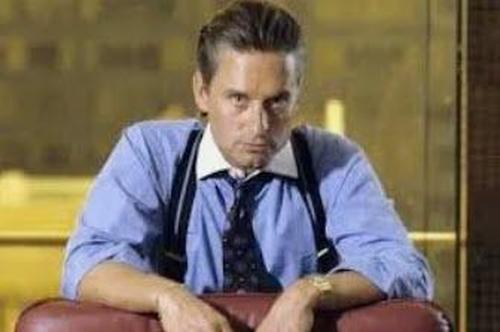 Just like communism, it didn’t quite work out the way the economists and sociologists predicted. Everyone talks a good talk about fair shares of the cake, but  try a simple experiment and ask you kids to divide it. Everyone wants a bigger slice. (My father’s solution was simple: whoever cuts the cake chooses last.)

In reality nothing is really fair. Inequality is a driver of the human condition. Companies cut corners to improve their share of the cake – often the management sneak in and take the rewards, cutting out shareholders and customers. To make profits big corporates will compromise what they can: safety, the environment, law and justice – everything from poisoning the planet, unsafe aircraft, or bursting dams. Costs were seen as externalities addressed through insurance, or hiring the best lawyers.

Its no wonder we now have kickback against it, and a new mantra of “stakeholder” capitalism trying to ensure we all get that fairer slice of the pie.

Every single big investor now swears by their strict adoption of the principals and importance of Corporate Social Responsibility (CSR), Environment, Social and Governance (ESG) investment, and Sustainability. (I have serious concerns these valid and laudable goals have been diminished into mere tickbox investing by corporate bureaucracy.)

Yet for all the noise and stakeholders sharing the pie, we are still seeing the steepest ever transfer of wealth from the poor to the rich. Income inequality is rising. Across the Occidental Western economies the poor have become desperately poor. Witness the growth in Foodbanks in Europe and the US and the success of Marcus Rashford in addressing the appalling reality of kids arriving in school unfed, penalising their life chances from the get-go.

And it’s not just the poorest in society. The middle classes have also been hollowed out by the difficulties of stretching static incomes to cover every rising living costs, and TAXES.

Oh yes… these two great certainties in life; death and taxes. Except…. If you are rich enough…..

As we’ve seen the concept of Shareholder capitalism stopped delivering anything much to any but the wealthiest. Since 2008, and particularly since the outbreak of the Covid Pandemic, we’ve seen the bulk of QE money creation and government stimulus work its way into financial assets, with the effect of driving up the price of stocks. As I wrote a few weeks ago a rough number is that $3 trillion out of $5 trillion subsidy money in the US has gone into the pockets of the richest in society through the inflation of their financial assets.

This is why Taxes are really interesting.

If you look at the new generation of the uber-wealthy Tech barons, and the last US President, they all share a common theme – the belief that minimising tax payments is a signal of entrepreneurial genius. However, the reality, at the end of the day, is tax optimisation through complex tax structures is pretty much the same as tax evasion.

Ask any right of centre American what raising taxes would do to the economy – and they will immediately counter it’s the success of tax cuts that’s driven growth and markets. Tax cuts/handouts to the rich are credited as the singular success of the last White House administration – creating thousands of low-paid jobs across the states. If you were to tax the rich they wouldn’t invest their money in job creation, and there would be no trickle down to the poor. Even questioning the efficacy of tax burdens on the rich could apparently shake the edifice of US shareholder capitalism to the ground.

The thing is.. we might not actually need taxes at all. If central banks can create limitless money with zero consequences, then why does anyone have to pay taxes? Let the rich keep it all and we can print more money to keep the poor happy.

But Taxes have an important role in society. They are a fee members of society pay to be part of it – you work in order to pay the taxes that allow you membership of society. The more you pay, the greater your contribution – the more society should value you. You want the benefits of society, then be willing to pay for it.

In an ideal world we would laud billionaires for their hard work, effort, and paying the bulk of their earnings in taxes to raise the up rest of us. Instead, they impress their equals by avoiding taxes, while the rest of us increasingly resent their conspicuous wealth – earned off our backs… which is very much how anyone under 30 working hard to save a deposit for a rabbit-hutch flat they can never afford increasingly feels about the world.

We are only now beginning to questioning tax equality and tax evasion. The papers will make some righteous noise about the dislikeable high-street retailer who has emptied the company pension fund to finance his yachts in a tax-haven, or it might expose a singer who has not paid a penny in tax. We almost feel sympathy for the entertainer whose stellar career ends up on the skids because they can’t meet a tax-demand.

We regard the Inland Revenue as the ultimate baddie for harassing us to pay our modest amounts of tax – it’s easy for them to go after little people. If they try to catch the big tax-avoiders they face a battery of lawyers and accountants and deliberately complex webs to be unravelled.

In short, the rich get away with not paying Tax while poor get harassed and get poorer. Inequality rises.

And this where we return to Norges Bank and why their decision to act on bad tax players is so critical.

NBIM own 1.5% of the global stock market, with stakes in over 9ooo companies. They’ve not named the seven stocks they dumped – there is no blacklist, it says – but clearly it should set every CFO thinking about their tax transparency – including paying tax where value creation takes place. That’s a clear shot across the bows for any of the big tech firms currently selling stuff over the internet, delivering it your front door and booking all the revenues somewhere low tax, and repatriating profits via somewhere that’s agreed a zero-taxes deal in exchange for opening a HQ office.

Some of the most valuable firms on the planet have the least transparent tax policies. Just saying… but there is a fascinating article in the Garuniad y’day: “Inside the mind of Jeff Bezos”. It reports Jeff (till recently the richest guy on the planet) saying: “the only way I can see to deploy this much financial resource is by converting my Amazon winnings into space travel.”

Personally, I would love to mine asteroids, but Bezos could probably ensure every child on the planet has access to clean water, or cure cancer… and have statues to himself erected across the planet proclaiming what a wonderful philanthropic champion.

Or he and every single other billionaire could just pay taxes, thankful for the opportunities they had to realise their dreams building their companies, while making society better. I’m not saying take every penny – but let’s be realistic… who can spend a couple of billion dollars? Even the first Mrs Blain would have struggled with that one (although I suspect young Ms Blain could make a significant dent…)

I know exactly what posts will be made on this website and Zerohedge on this article. I will be screamed at for being a socialist. Some libertarian idiot will call himself “John Galt” and declare a belief that helping others is weakness. Not interested. The only way we make the world better… as politicians keep reminding us – is to remember we are in this together, on a very small planet. [ZH: ‘fair and balanced’ – everyone deserves to speak their mind and be heard.]

High taxation economies – like the Scandinavians – tend to be fairly happy places. Entrepreneurs live well and are held in high regard. Their taxes fund social provision, health and education that are the envy of the rest of us.

In low tax countries the wealth creators live in bunker complexes protected by guards while the masses eke out their miserable crusts….

I am a fan of science fiction. The Wandering Earth by Liu Cixin is a collection of loosely connected stories, One of which concerns an alien invasion by humans from another planet. They arrive on Earth as refugees from their own world because there capitalism reached it’s zenith: one man has achieved it all and owns everything including the air. He decides he doesn’t want to share and uses the legal system to remove every other person from his planet – who arrive here and shunt us off.

Worth thinking about… I’m putting tax right up there with ESG, Sustainability and CSR.