Its undeniable there is a massive, multi-faceted shift underway in markets.

I’m sorry if this Morning’s Porridge reads in a terribly convoluted fashion… but there are all kinds of contradictory bluster occurring in markets at present. To understand why and where markets are moving, it’s probably a good idea to arm yourself with a glass of something strong, (I find a good breakfast Islay helps at this point), and let your brain try to navigate the multiple market tides and currents…

Or, you can accept its all just the way markets are… Markets tend to find ways to fix themselves – they are sort of self-regulating difference engines and will trend back to a state of perilous equilibrium every time. Bear in mind: Blain’s Market Mantra No 4: Outcomes are unlikely to be as bad as feared, but are seldom as good as hoped for. 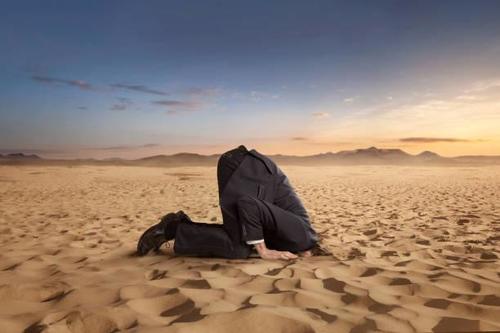 Let me try to explain why you should not panic as the fundamental fabric of markets unravels all around us.. It’s just the way it is:

First up is the threat of rising bond yields and inflation.

Implausibly low rates underlie the relative value thesis that’s been driving stocks: when bond yields are so low and unlikely to rise, then it makes far more sense to buy stocks. Now everyone is watching central banks like hawks to discern just how much more juice they are willing to pump into markets through QE, to keep rates artificially low – and thus stocks attractive.

Call it “yield curve control” or whatever, but without Central Banks funding government stimulus, then rates will rise dramatically triggering something akin to the taper tantrum. Bond yields around the globe are rising – the question is just how high will they go, and how much pain do they create for stocks?

At the same time, higher bond yields make bonds attractive – especially if we think central banks will act to stabilize markets by buying them.. hence dollar strength on expectations global buyers will buy higher yielding US treasuries.. the most liquid bond market.

The most significant feature of the last 12 years, since the great Global Financial Crisis of 2007-2031 began has been Distortion – Central banks and regulatory authorities attempting to make sure the last crisis doesn’t happen again by controlling markets by setting interest rates, tinkering with capital levels, putting rules in place and generally getting it wrong and mucking up the finely tuned functioning of markets at every conceivable opportunity. All these interventions have consequences, which invariably mount up creating tremendous instability – which is why markets are now poised on a repeat financial crisis – which, inevitable, the financial authorities will make worse. It is their role and the way they do things – changing the rules to avoid the last crisis while ensuring the next one..

Third is global Recovery from pandemic

As the economy recovers, the reflation threat should be less of a threat – if the global economy is recovering surely that’s great news for stocks? Sure, except for the details. Like the debt load many corporates have taken on board (largely squandered on stock buy backs). Or the possibility some countries will fail to vaccinate and prolong the global shutdown, injecting a taint of recession into the mix. A few months ago we were worried about long term deflation.. now we worry the economy is heating to fast.

While normalised interest rates would be a good thing to kick start evolutionary capitalism, where tired old companies are replaced by nimbler new ones, it will come with a massive amount of short-term market pain.

Fourth is concern on amount of Leverage behind markets.

Just how many rotten apples might a market shift uncover – exactly as happened in 2007/08 when it was the massive debt that underlie the market and had been fueling sentiment was revealed. Last week as superb article in Gavekal, Productive Bubbles and Unproductive Bubbles (which unfortunately I can’t post on the site) highlighted the leverage driving Bitcoin. One warning is Greyscale Bitcoin Trust, a fund entirely invested in Bitcoin, which has seen its NAV premium turn negative. When the premium was 27%, it was a great buy. Now its negative – painting a bulls eye on the fund. (Guess who is a massive holder of Greyscale? ARK.)

Or how about the collapse of Greensill, likely to leave Credit Suisse with a $10 bln headache, regulators a massive twisted web of lending to unravel, and a likely collapse of the Gupta empire. I’d be really, really interested to know just how deep that goes. (And if anyone is interested, it would be fun to look at the flight logs of the 4 Greensill and 2 Gupta corporate jets, to see exactly who went where to look at what, and approve the assets Lex Greensill was cosily funding for his chum.)

Fifth is the rotation out of Tech back into Reality

Tech stocks are taking at battering – leading many to conclude the ultimate rotation is underway from the “dreams and hopes” of a new economy, back towards something based on the fundamental truths of the global economy. The momentum stocks are sliding. The obvious one is Tesla – down 36% from its $900 high. Cathie Wood’s Ark Innovation fund has given up all its gains this year.

The Nasdaq has corrected 10.5% since its Feb high. Everything associated with the new economy has taken a reality check. From EV companies, Battery stocks, hydrogen hopes, and renewables. For all the promises and expectations of a clean economy, green renewable power, electric vehicles, autonomous driving, and a host of other new, new things tomorrow.. the market is now accepting these things will take time. It doesn’t mean they won’t happen – but more likely at a realistic rather than massively inflated prices.

There is no shortage of articles this morning about how the SPAC boom is so over. All these blank-check firms invested in intangible wisps of ideas suddenly look busted. Quelle Surprise. Many of these stocks were inflated speculative bubbles – based on the hope smart SPAC sponsors knew what they were doing. The reality is many just reaped the fees. Like any sectors – there will be rubies in the dust when it all falls out.

There is definitely value in markets. For every dollar value that is overpriced it stands to reason there is another dollar of value underpriced. Uncovering that value isn’t as simple as re-reading Warren Buffet to recognise fundamental long-term value stocks.

You also have to contend with value distortion. For instance, I fundamentally believe in ESG (Environmental, Social and Governance) based investment, yet I am watching a market totally brainwashed and besotted with the concept and applying it badly. Any firm should adhere to the principals of protecting the planet, serving customers and staff fairly and being well managed, but let’s not get all crusader like about it. Let’s be practical. Let’s punish companies that break the rules, rather than reward those that claim to follow them (ie greenwashers).

For instance: Tesla is a fail for investing in bitcoin. As is Ark. Tesla is a fail because of Elon Musk’s flawed corporate governance – which is also why the Gupta GFC Alliance is collapsing. Any betting company should be a fail for social failure. But of course, the market values profit over the S in ESG. E is an easy bandwagon to clamber on.