Blain: The Bond Market Is A Bully

Everyone thinks current market volatility is due to the bond market acting like a bully. When it lashes out the market sells off in fright. Volatility is elevated and everyone is flustered about bursting bubbles.

Bond market yields rise a little, everyone screams about relative values and rising inflationary threats, and the stock markets stumbles.

Then yields fall, and it’s another day of record rises in stock markets and speculative bubbles from Bitcoin to whatever bounce back higher. 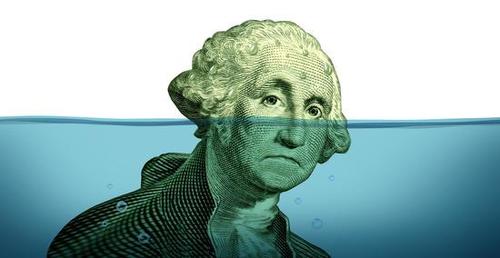 This is market performance that would be familiar to any grizzled trading veteran since trade began. It’s like watching a bunch of kids playing “Who’s afraid of Mr Wolf”, enjoying themselves enormously, but absolutely terrified the wolf will suddenly turn and gobble them up. The point of the game is … the Wolf always attacks.

This kind of nervous behaviour is exactly what happens at the top of a market cycle. The next move might still be higher – on the basis of a strong Covid recovery with few inflationary signals… Or it might be accompanied by popping bubbles and mean reversion in prices. I am not a chartist, but plenty who are think the signals point lower.

As always… if you are watching the up and down of fully priced markets, you are watching the wrong thing. This is the time to bat clever – not try to second guess when the bubbles pop. There is definitely fundamental value out there – but there are never free lunches. I would suggest this article about why Warren Buffett won’t take the Reddit bait, is well worth thinking about.

I’m more impressed with the Chinese banking regulator warning about bubbles in global financial markets, and particularly the Chinese property sector. Guo Shuqing, chairman of the China Banking and Insurance Regulatory Commission, and Party Secretary of the Central Bank, said he… is “very worried”, commenting sagely about how US and European market bubbles could burst under the reality of the weak economies and bubblicious markets – they will face corrections “sooner or later”.

It’s an interesting moment when the market starts to pay more attention to what a Chinese regulator is saying rather than listening to yet more “whatever it takes” nonsense from the ECB, or promises of more juice from the Fed. Something has changed.

I suspect the Chinese are more on top of the current market than we are. The same  Bloomberg article notes:

“China’s top financial regulator also weighed in on the fintech sector, saying platforms that offer banking services must comply with the same capital requirements as traditional lenders to curb risks.”

That’s a clear reference to the decision to rein back the Ant IPO – and warning about how the regulator will use traditional regulatory tools to fine tune everything from fintech to real estate to curb bubbles.