Blain: The Market’s Madness Will Continue, “We’re In A New World”

“Future’s made of virtual insanity now… for useless, twisting, our new technology” 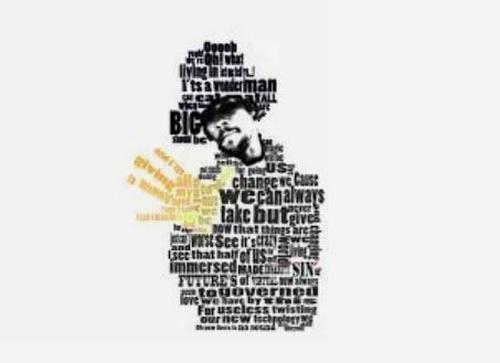 Apologies for the lack of commentary on Tuesday – yet again it was due to business getting in the way of the story (and a bit too much Whisky and Haggis on Monday). However, it did give me time to develop a theme: What’s the big investment secret of this modern age?

It’s simple: having the strength of will to remain Rationally Irrational when all around fear the return of common sense.

There are an increasing number of shillyshallying waverers muttering about the dangers of insane P/E multiples, the explosion of SPACs looking to buy everything and anything at any price, worrying wobbles in the bond market, chronic illiquidity, the speculative retail explosion of insanity in stocks like Gamestop, and the incredible wealth made by the few from Covid handouts.

Reading the markets at the moment is like the opening pages of an Agatha Christie “whodunit”: every character’s motive for murdering markets is in plain sight. But will it happen? What will trigger the dénouement ?

I’m pretty sure it’s not going to happen as soon as, or in the way, the market doomster’s expect. That’s the secret of a good murder-mystery… you can never be sure right till the end. The murder is coming.. but not when or where you are looking for it.

The market’s madness will continue. We are in a new world.

One aspect is the very small number of financial-crats who have enormous power they have to wield. In the new US, Janet Yellen and Jerome Powell are tied at the hip and have given up any pretence the Fed and Treasury are independent of each other. The president of the ECB, Chrissy Legarde is regarded as the most significant politician in the EU because she’s the only one with recognisable credibility and a grasp of the problem – to be solved by pumping more money at it. Even the Old Lady of Threadneedle Street (The Bank of England) is likely to join the negative rates charade. (Which is why I’m holding onto a long Gilts position…)

The reality is simple. Global central banks will not, cannot, countenance a market crash. If bonds wobble and yields widen, the CBs will act, buyers will jump in, mopping up supply with the ersatz liquidity of QE and yield curve averaging. If a bond wobbles triggers a slide in stock prices, the sound of buy-the-dippers will quickly drown out any anguished concern.

Central Banks don’t even need to say anything anymore about stemming market tremblors, or supporting growth with handouts, or administering further recovery sticky plasters through helicopter cheques to citizens… because we already know they will do it.

If it reads like a runaway train.. it’s because it is. The engineer can’t turn down the steam. At some stage a crash or a shoogling taper tantrum stop is inevitable – the question how do they slow the train with least damage…. A sharp dose of inflation?

What if central bankers around the globe are thinking “Mein Gott.. Vot haf we done?” Or if Scotty in the Engine Room is watching the dilithium crystals shatter and crack… “The engine’s winae tak it Capt’n”

When the fortunes of the richest billionaires on the planet have doubled, tripled and trimtruppled through the crisis on the back of unlimited handouts? One comment I recent read figures the richest 1% of Americans have seen their worth rise by $3 trillion in financial assets as a result of Covid, while of the $5 trillion printed by the Fed and Govt, only $2 trillion has gone into the real economy and helicopter cheques. It’s pretty shocking – a great gift to the underserving rich. (Well worth reading John Authors on “Rage Against the Machine” this morning.)

So what’s the right market strategy in time like this?

Follow the money. Even though you know its morally reprehensible, and that ESG has become little more than a tickbox, and corporates are throwing their social responsibility out the window as they boost bonuses, buy-back stocks and party like there is no tomorrow… The trick is to go with it… be Rationally Irrational and pick the stocks likely to go up most for longest, hoping (against history) you can bail before yu are caught.

I will shortly be offering a correspondence course in Advance Rational Irrationality focusing on why it makes sense to buy non ESG compliant stocks like oil, coal and gas.. and why bonds might be worst investment possibly so load up on them..

But… there is a problem…

Having explained why RI is the only way to approach current markets, let’s just put the big issue in context. It’s the Covid – which is magnifying the whole basis of my IR strategy by forcing central banks to do even more.. What if we pass peak Covid and government start to scale back the handouts?

That doesn’t feel likely this morning as the UK passes 100,000 Covid deaths. It is tragic. The calls for deeper lockdowns are mounting, there is talk of closing schools till September (a massive negative for productivity – and therefore a boost for further stimulus). The catastrophic economic damage to the UK economy isn’t just broken business, but increasingly crushed personal resilience as people panic about the future and their personal finances.

Confidence is waning – which is hardly surprising if you listen to the never-ending maudlin woe on the BBC. (I really don’t need prime-time news devoting 5 mins to another story of a 95 year-old grandmother “in the prime of life” passing away. I am sure she was lovely and has a loving family, but there is a danger this strategy of keeping us all scared and fearful to enforce lockdown so the NHS isn’t overwhelmed is backfiring.) I was shocked listening to a shadow minister berate the government on Radio 4 this morning – he’d got a bad case of pandemic-panic; the man was scared, on the verge of breakdown, barely able to coherently answer the questions, trapping himself in the web of his own simplistic denials.

It rather puts the political situation in context: strip away the blame game and Government probably did its best based on the data and information it had, and the bureaucracy it functions through.

The Pandemic is tragic, but enough is enough. The degree of enforced economic damage is being buried in the maudlin, almost Victorian grief-fest we’re being bombarded with daily. Each early death of a care-home residents (40%), or an elderly relative suffering from a pre-existing condition (50%), is shocking and immediate, but let’s keep it in context and focus on the needs of the remaining 99% of the population who need jobs, futures and something to look forward to.

Given all the factors about the age, health and diversity of the UK population, the fact London is the premier global hub, the climate, the UK being the 10th most densely populated country on Earth, and the fact we were the first nation to establish anything like a national health service (which is in much in need of reinvention), then we probably didn’t do so badly. Mistakes have been made everywhere. We just happen to have Boris, and past form means he’s an incredibly easy man to blame.

The reality is some countries are doing well. Europe, the US and many others are struggling, having been hit hard.

Finally, we do need to think about Yoorp now that Italy is being Italy again. The EU’s travails in terms of the Vaccine clusterfeth would be hilarious if they we’re so serious for member countries. Meanwhile, the US expects to see its deliveries speed up: Pfizer to deliver US Vaccine faster than expected.

While the EU blusters about closing further vaccine exports, and spreads unwarranted fake-news about the virus, the facts are simple: The EU took responsibility for vaccines away from nations. It forced European nations that had coat-tailed the UK and were set to agree broadly the same terms with Astra-Zenaca to step back while they took over. It then took the EU’s bureaucracy 3 months longer to agree terms, and they didn’t like the price. The reason AZ is being forced to delay deliveries is due to the EU’s insistence the virus is made on partner sites in the EU.

One hope’s global corporates considering setting up in the EU will take note.