Blain: There Are Always Consequences

“My wallet is like an onion, opening it makes me cry…”

Central Banks are playing the “lower for longer” interest rate card to reassure markets on growth. There are always consequences of such actions – ranging from bubbles, delusion and fraud. Eventually consequences trigger change, and reassessment – which is driving the rotation from Hope as a Strategy Tech into Fundamental stocks – Autos are a good example.

Lots going on in Markets. The Fed Dove fluttered its wings y’day. The BoE speaks today.

What do they confirm: lower rates for longer whatever inflation spike they expect will “briefly” transit markets. The central banks are telling us “these are not the droids” we are looking for when it comes to the perceived inflation threat. Their policies aim to maintain the illusion create stability and confidence in the current lower for longer environment to facilitate recovery and stronger growth post pandemic. Yay! 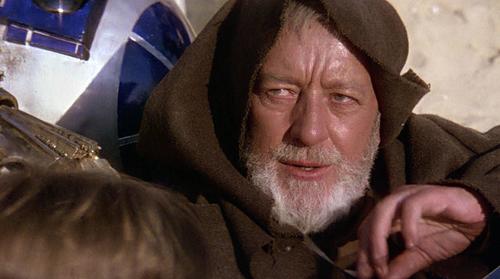 In practice, the best laid plans of mice and men oft go awry.

There will be consequences. Central Banks will continue the great interest-rate repression. They are betting strong recovery,(the Fed now expects 6.5% growth), and jobs will stabilise the economy and create a base in the next few years. Keeping rates artificially low will enable it – they hope.

On the other hand… They are playing with fire.

We have seen since 2012 that ultra-low rates distort markets. They have fuelled a series of successive record-breaking financial asset bubbles. They have unsubtly broken free market capitalism by enabling struggling companies to weather impossible debt burdens, stopping the Darwinian process by which nimbler new companies surpass lumbering dinosaurs. Easy monetary policies have fuelled the mass delusion it’s easy to make lots and lots of money in casino markets by simply putting all the chips on the new new thing that might just change the world…

If I was just a trader, I’d play that market. All these distortions matter not a jot. Stocks are going up, and fewer people are panicking about a bond meltdown, so what’s not to like? (US readers: Rhetorical Question.)

But the market sun is shining today… so enjoy. Enjoy it while you can…

Rule One of the consequences game is that consequences are never the ones you expect. While the whole market is focused on the insane risks being prettily wrapped up in volatile SPACs, or gorging on the deluge of new junk debt hitting markets, or trying to predict the behaviour of crowds in meme-stocks, its usually somewhere else, somewhere we aren’t looking where the cracks first appear that crash markets.

It’s a similar process in market regulation. The Global Financial Crisis 2007-2031 began in over-leverage which nearly tumbled the financial system edifice as Lehman crashed and burned. The result were new rules to contain leverage, and capital weightings to contain speculative trading. The seeds were sown. The regulators set rules to avoid the last financial crisis, which inadvertently create the next… which I guess is going to be accompanied by chronic illiquidity across all sectors. Wait and see if I am right.

Or maybe it will be unfolding financial scandal?

When interest rates offer such low returns, Investment Managers are more susceptible to deals promising higher returns for apparently similar risk – maybe compromising a bit on liquidity to juice-up their portfolio returns. As a result they buy simple seeming, but financially complex deals.

The supply-chain finance deals packaged by Greensill are a good example of what appears to be simple predictable risk financing. At least 2 large real-money investors I know bought into the Greensill deals – attracted by the huge returns they offered. But anything simple offering high returns seldom is.

As Credit Suisse fires its head of Asset Management and suspends bonuses, and Gupta’s Liberty Global heads to the wall, I’m fascinated in what will be the next thing to emerge from the Greensill collapse? I’m intrigued to know what Morgan Stanley – which sold the initial Lochaber hydro/smelter project bonds to GAM and M&G thought it was selling from Greensill? What DD did they do on the deals to ensure assets were correctly recorded and pledged?

I understand the Lochaber deal was refinanced in 2019 – even as an internal investigation at GAM on the earlier purchase was ongoing. I’m interested in Greensill funding a €2.25 bln “future receivables” facility with Credit Suisse for its €750mm acquisition of ArecelorMittal’s French steel businesses – also in 2019, just around the same time the politically sensitive bonds were refunded. As Private Eye might ask, I wonder if they were in any way connected?

Maybe David Cameron, who was promised 1% of the firm, apparently, could shed some light on the questions, but he isn’t answering his phone to questions from the FT.

Looking into the detail of markets, the rotation from Tech-driven “expectation and hope” stocks into Fundamental value stocks continues apace. Hope is never a good investment strategy – as the legions of meme stock investors seem to be finding.

It’s almost exactly a year since the great market Covid crash of March 2020. It’s interesting to see who the winners of the subsequent rally have been. As we all know it was initially the Hope stocks, the Tech names we saw benefitting most from global lockdown and the new working from home era. Pre-covid theme stocks from airlines, cruise, hospitality, and retail were crushed. As we’ve moved through the Covid cycle the market’s anticipated recovery and rising returns as conventional stocks reopen, and figured high expectations of other Covid-play stocks were probably exaggerated.

But we are also seeing a more sober analysis of future value – many taking narrative themes about just how the global economy will change and look in 10, 20, and 30 years. How will existing sectors develop, and how will new ones arise. One thing I can share: of the top global corporates that were around when I started in markets in 1985 – very few are around today. Surprisingly, many that are, are Autos.

Sector life cycles are fascinating. They might start with a sudden disruption, followed by a burst of innovation, prophets proclaiming the new sector, rising adoption, increasing competition, maturity and the finally the next big thing. The Auto sector is a great example of the sector life cycle in action.

VW is now Germany’s most valuable company. Investors have worked out it make’s darn fine cars, and makes a significant margin on each one it sells. And it sells lots of them. Over the past year, VW stock price is up 145% – not bad for a dull, stodgy old company. VW’s market cap is now $137 bln, it makes around 10 mm cars per annum, and its GP per car is around 19%.

What’s interesting is that investors have pushed up VW in the past year because they now get that a well-run firm that sells lots of cars at a profit, might well be worth more than a car company that doesn’t sell very many cars and makes zero margin on the ones it does. Doh! Telsa’s market cap is $670 bln, up 720% since March 2020, it sells 500,ooo cars per annum and has not yet sold a car at a profit (it makes its tiny little profits from regulatory sales.)

What happens next will illustrate the shift from Tech stocks to fundamentals. Does VW rise or does Tesla fall?

VW, and the other German car makers are committed to Electric Vehicles, and have announced plans for new batteries and models – the theme of old autos evolving, and their ability to compete with upstarts like Tesla is emerging as new market narrative. Of course, Tesla has leadership in areas like autonomous driving and isn’t really a car company, but an energy firm. And it’s led by a Technoking rather than a dull, boring, predicable CEO in a suit. Therefore Tesla must be a better company. (US readers: Sarcasm alert!)

Believe what you want to believe. The Germans are out there doing big multi-year deals with battery companies, buying off-the-shelf autonomous drive systems, and integrating them into their new products lines… which day-by-day, produce better and better EVs.

But careful before you place your chips on either Tesla or VW for the future of the auto-sector… Maybe we won’t need cars at all by 2030? Maybe we’ll just be hopping into Uber’s fleet of autonomous EVs or hailing a flying taxi? Or maybe not.

(For the record, I’ve given up trying to buy a new Range Rover hybrid – after 30 years owing multiople new Discoveries or Range Rovers apparently I don’t qualify for a customer loyalty discount… so BMW here we come…)

Meanwhile.. back in Yoorp…

In Europe… I am the only person who thinks Ursula von der Leyen is in the deep end of the pool and doesn’t know how to swim? Her escalation of the vaccine wars y’day with threats to cut off UK supplies was most unhelpful. The BBC has added to the mood of mild panic in the UK reporting that 40 year olds wont be able to book their jobs in April because of suddenly scarce supplies, while the reality is the cohorts that got the injections in Jan and Fed will now be getting their second doze. The number of new jabs will fall, while second jabs rise.

WATCH: The origins of prayers in Congress