We’ve written a lot lately about the constant news coming from the automobile sector, where automakers are laying out their plans for an all-electric future on an almost daily basis. 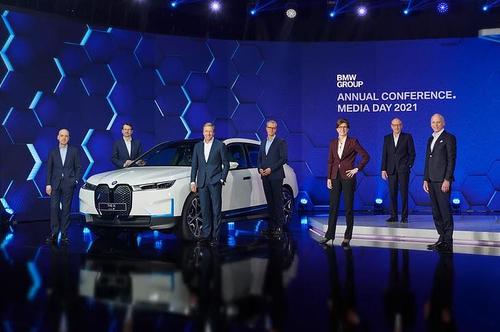 Iconic automaker BMW Group laid out its framework for a “comprehensive realignment” at its Annual Conference yesterday as the company will work towards fully electric future in three phases.

The first phase began as far back as 2014 when BMW introduced the option to book and pay for services online from your vehicle. More importantly, the first phase introduced BMW’s e-mobility venture with Project i, which has given the automaker the “electric know-how” to transfer to series production.

The second phase, which is expected to reach its peak in 2025, will see deliveries of fully electric models grow more than tenfold compared to 2020. BMW Group predicts it will have delivered around two million fully electric vehicles to customers worldwide by the end of 2025.

BMW will begin installing BMW Operating System 8 this year and predicts that by the end of next year it will have the world’s largest fleet of vehicles that can install new or upgrade existing functions over the air. BMW Group expects to have about a dozen fully electric models on roads across the world by 2023, with at least one fully electric model on the road in approximately 90% of its current market segments.

“The BMW Group has ambitious plans for 2021. We have started the new year with strong momentum and are aiming to return to pre-crisis levels as swiftly as possible – and go even further,” BMW AG Chairman of the Board of Management Oliver Zipse said. “We have a clear roadmap for making the transformation of our industry a real competitive advantage for BMW in the coming years: uncompromisingly electric, digital and circular.”

Beginning in 2025, the third phase will see BMW Group’s product range realigned on the basis of the “Neue Klasse” with a focus on redefined IT and software architecture, electric drivetrains and batteries, and sustainability across the entire vehicle life cycle. Saying it will maintain the “characteristic flair of a typical BMW,” BMW Group says the third phase focuses on an overall vehicle architecture optimized for electric drivetrains.

“The BMW Group is never satisfied with what it has achieved so far – that’s what sets it apart from the rest of the field,” Zipse said. “This spirit will characterize the Neue Klasse: high tech on four wheels for customers intent on experiencing in just five years’ time how mobility will feel in 2030.”

As automakers around the world unveil their plans to transition to all-electric vehicles, BMW Group is focused on making sure it remains a premium luxury brand as the transition unfolds.

There Is a Crack in the State’s Armor: Take Advantage Now!

“Biggest Storm In 5 Years?!” – More Than A Foot Of Snow Could Blanket Northeast