Boeing’s stock prices continues to languish in the wake of the B-737 Max crashes in 2018 and 19. In December 2020 the jinxed plane was finally allowed to fly again after a tortuous programme to re-write and improve its control systems and regulatory oversight. The stock didn’t move much. Nor should it have. 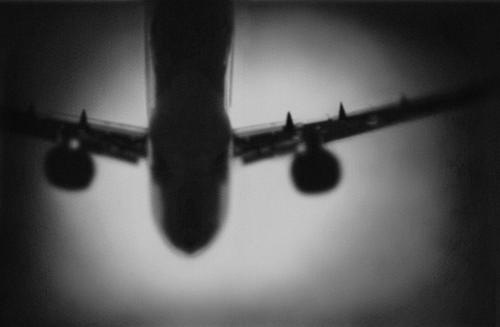 I’ve mentioned many times I have massive issues with the US duopoly plane-maker. I am not a fan. Last week it signed a $2.5 billion deferred settlement with the US Department of Justice which some think puts it on the road to recovery. The deal makes me seethe – it’s a massive victory for Boeing’s corporate legal team over corporate social responsibility, natural justice and just about every positive aspect of stakeholder capitalism and ESG investment.

What riles me is the degree of hypocricy in the market’s reaction to Boeing. It seems to “fly” in the face of decency, yet a client asked me yesterday – after I mentioned the settlement in yesterday’ comment – about whether it’s now time to buy Boeing? After all, it’s been tried, found wanting, modestly fined and is on a three-year deferred settlement parole. It can put the problems behind itself. In the next three years air-travel demand will see a dramatic resurgence as repressed travel resumes. He’s looking for opportunities in distressed aviation markets and assets – and maybe Boeing is part of that?

Boeing has a long way still to go..

He’s probably right about air travel though. Aviation will get very interesting in coming months as the global economy squeaks open again, but it’s also going to be increasingly stressed as cash strapped plane owners try to avoid the tipping point. Too much money looking for opportunity could well result in non-optimal pricing – and bigger losses down the line. I would simply say to potential buyers – be careful.

Over 5000 of the 25000 aircraft in service in 2019 are unlikely to ever fly again – especially the larger twin aisles. Thousands more aircraft are stored in desert boneyards – and although that’s better than leaving them standing on a dank airfield parking lots in the Cotswolds, they will take considerable time to clean, restore and recertify.

Let me get back to my problems with Boeing. I suspect cleaning up the firm is going to take a decade or more. It’s got a large number of issues to reconcile. It looks torn between the reputational damage it’s suffered, its importance to the US economy, dismal labour relations, its place in the duopoly of aircraft suppliers, and its lack of cash to solve the problem of introducing new environmentally climate friendly aircraft. Try solving that equation without momentarily picturing a dinosaur looking to hide under a tree from the meteor..

Boeing fans say it’s taken its punishment – its number one product grounded for near enough two years and only now slowly re-entering service. It’s been crushed in the plane delivery race by Airbus (which delivered 560 planes in 2020 vs 157 from Boeing!) It lost over 600 Max orders – and its only consolation was a large order from Ryan Air, and you can bet Michael O’Leary would have demanded a substantial discount on the lowest feasible economic price for them. It still faces multiple legal actions – as much as $2 bln in civil lawsuits yet to come.

But, the key thing is Boeing survived. As Mr Trump often told us – he’s willing to support the plane maker because it’s such a critical part of US industry. It’s also a key part of the US military-industrial complex.

Yet, in a market that claims to focus on Environmental, Social and Governance (ESG) standards above all else – it’s difficult to see on what basis Boeing meets any of these critical criteria?

In last week’s settlement Boeing admits two of its employees misled US regulators about the safety of the B-737 Max aircraft. 2 planes crashed – killing 346 people. Boeing effectively said two employees lied to the regulator, but their behaviour does not reflect the high standards and values of the company as a whole. It’s doesn’t reflect any responsibility by Boeing’s management. Amazingly the settlement specifically exonerates Boeing’s bosses: “the misconduct was neither pervasive across the organisation, not undertaken by a large number of employees, nor facilitated by senior management?

If I had a bucket, I’d retch into it. Boeing has become a classic gutted fish. Bad companies rot from the head down.

Let’s just remind ourselves how Boeing has covered itself in glory over the B-737. (Imagine fadeaway to 2010s….)

Rather than spend $25-30 bln developing a whole new regional jet to replace the aging B-737 classic design from the early 1960s, in 2011 the accountants who run Boeing (ever since McDonnell-Douglas famously bought the firm with Boeing’s money in a spectacular reverse takeover), overruled the engineers, and decided to stretch the 50-year old design just a little bit more, put on bigger engines and call it something sexy and imaginative. Max. yeah.. that works… To the Max.. Cool.

As a rejig of an older design it offered numerous advantages; airlines would be familiar with the airframe, operation and maintenance, and Boeing realised it would be an easy sell to cost conscious buyers on the basis crews would need little or no retraining on the new type. At that point the rising tide of environmental climate protest was seen as insignificant – it wasn’t seen as a real threat to Boeing’s business to ignore it.

If Boeing had built a new environmentally friendly plane that would have ushered in a new era of cleaner flight – I’d have given them the “E” of ESG. Instead, they they made an economic call to stick with older, dirtier tech. The downside of making the plane larger reduced its flyability, and because it needed bigger engines it became less stable. Boeing were confident a new flight control system would resolve any issues – they famously outsourced the software engineering to India at $10 an hour.

If they’d decided to develop a wholly new plane, it would have produced something lighter, more economical, more appealing to environmentally conscious passengers offering higher cabin comfort, and better operational costs to airlines. Boeing’s last all-new plane – the 787 Dreamliner utilised the new technologies and was proving a massive hit with passengers. Launching a new design would cost billions, but would leap-frog the firm ahead of rival Airbus and allowed Boeing to claim the “E” high-ground.

The decision to stretch the Max looked to be working as bottom-line focused airlines placed thousands of orders for the new plane, confident air travel would continue to expand, and cheap tickets were the way forward. Boeing relaxed. No need to take risk developing an expensive new plane.

Anyway, Boeing’s C-Suite had found something far better to do with the cash it was farming from the Jumbo and long-established B-737 programme than risk it on new aircraft projects:

They discovered the twin benefits of stock buybacks. First, buybacks pushed up the stockprice, and second, a higher stock price meant the management could pay themselves higher bonuses and watch their stock options soar in value. At the point Boeing was no longer being run for the benefit of stockholders, customers or its employees. The bosses lived big. At this point I’m looking at possible fails on the G of ESG. It’s a classic example of why Stakeholder capitalism is coming to the fore in CSR and ESG investing.

When the automated flight controls rigged up to make the Max flyable started to go wrong, a cascade of failures and unwelcome disclosures hit the firm. Boeing hadn’t put the MCAS system in the plane manuals or told pilots about how the flight stabilisation worked. When it failed it pointed the plane into the ground to avoid stalling. Pilots had little warning on how to react. When planes started crashing Boeing blamed the pilots until it became clear it was a systems problem.

Over the past two years, whatever the settlement with the DOJ says, its increasingly clear Boeing knew exactly what had gone wrong. They had effectively staged an institutional capture of the regulator, the FAA, and were getting away with doing their own diligence on their own products. It hid the details of the MCAS to keep the cost down. The CEO/Chairman Dennis Muilenurg finally got sacked.. but months after the events. He was replaced…. by another company insider.

The deal Boeing just ground out with the DOJ is mostly ($1.77 bln) compensation to airlines whose new planes were grounded. A further $500 mm will go into a fund to compensate passenger families – but it actually reduces the chance these families will ever be able to claim punitive damages. As a US congressman described it: “a slap on the wrist”.

The actual fine is tiny – $243 million. It’s a massive fail on the G (Governance) factor. Companies should be punished for poor governance.

Meanwhile, Boeing’s management were not only investing profits in buybacks to pay themselves more, but were cutting staff to the bone. That’s now coming back to haunt them. It’s reflected in hearsay and rumours about the increasing poor quality of finished planes and rising fault numbers at plants where disaffected workers are producing such shoddily built planes some airlines are refusing to accept them. Whatever, its perilous employee relations and costs scores a fail on the S (Social) factor in ESG.

While Airbus is now talking about launching hydrogen fuelled green planes in the next 15 years… Boeing doesn’t have cash to invest and launch any kind of new model to appeal to customers who increasingly want green flight. Lets just call that a double fail on the E factor as well..

I bet many large fund managers reading this have Boeing somewhere on the books. The same fund managers will be telling me the metallurgical coal mine I want to finance in Cumbria is impossible because it’s an obvious ESG fail. It might be creating good long-term jobs, it might cut the costs of European steel production (thus making renewables cheaper), and it might reduce the amount of coking coal we import from Australia at enormous cost and carbon miles… but none of that matters because coal is an absolute ESG fail…

Yet… Boeing is ok? Lord preserve us.