After months of uncertainty surrounding design flaws in its 737 MAX airliner (that have, according to the FAA been solved), Boeing faces more issues as Bloomberg reports the companyhas increased its quality inspections of newly built 787 Dreamliner planes to search for production flaws that could “prematurely” age the plane’s carbon-fiber frames.

Boeing recently said inspections for 787 production flaws took longer than expected and were leading to slowing production times to deliver jets to customers through year-end.

On Monday, the company said inspections of assembled 787 aircraft revealed some areas of the fuselage segments that are joined were not as smooth as required. 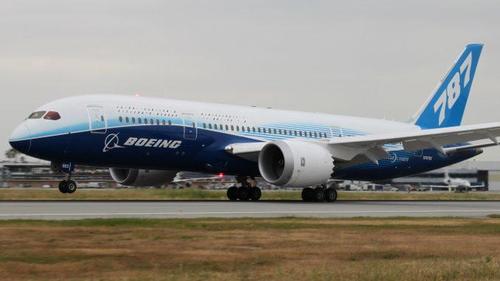 Boeing said in an emailed statement that the so-called join areas “might not meet skin flatness tolerances.”

The Chicago-based planemaker has requested suppliers to review their process of Dreamliner parts over the last 12 months. Boeing said the problem doesn’t pose an imminent safety hazard.

Bloomberg noted that Boeing is working with the Federal Aviation Administration (FAA) “to determine the best course of action for Dreamliners that are already in service.”

The FAA said in a statement on Monday that it “continuously engages with Boeing through established Continued Operational Safety and manufacturing oversight processes to address any issues that might arise appropriately.”

The FAA has weighed possible enforcement action against Boeing for quality control issues in how the company oversees its manufacturing operations.

As we’ve previously noted, this is not the first manufacturing defect to be revealed on the Dreamliner this year.

In September, the plane’s horizontal stabilizers were found to have improper gaps.

However, there is some good news for Boeing, carriers are planning to return 737 MAX jets to service following two deadly crashes.

Patriot Act 2, Censorship, and Other Notes from the Edge of the Narrative Matrix

Ignore the Spin, the Hague’s ICC Ruling on British War Crimes in Iraq Is Damning