Authored by Robert Wright via The American Institute for Economic Research,

Spontaneous food banks, mayoral recall efforts around the country, kneeling during the Star Spangled Banner, and the Nashville bombing are each borne of desperation and frustration with the statist status quo. It boiled over in 2020, and could have profound consequences on politics, economics, and every aspect of life next year. 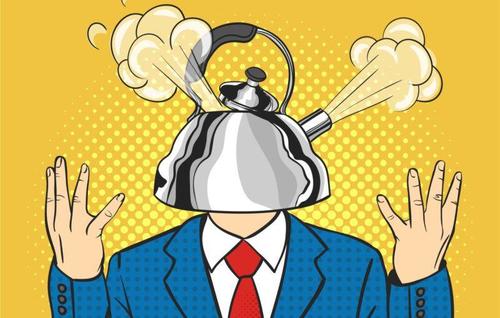 The Boston Globe recently reported that “underground” food pantries dare to operate throughout Beantown, a.k.a. “The City of Kind Hearts.” Not content to merely imply that spontaneous acts of charity might be illegal by using the term “underground” in the headline, the article’s author explicitly notes that some charities operate in a “legal gray area.”

It is now official: the people who sparked the American Revolution at Lexington, Concord, and Bunker Hill would no longer recognize Massachusetts. The proverbial frog has been boiled to death and its legs are probably slated to be served to a politician at Deuxave, a fancy French restaurant at the intersection of Commonwealth and Massachusetts Avenues that apparently is open for sit-down service.

The governor of Rhode Island recently joined the Hall of Lockdown Shame by drinking in a wine bar without a mask. (The Founders would have hung her in effigy from Westerly to Woonsocket.)

Thankfully for us, the denizens of colonial Massachusetts jumped out of the pot before their frog was cooked. It took the Coercive Acts to really rile them but eventually they realized that their putative leaders in London wanted to be their rulers. In the parlance of the day, Britain no longer sought to mother the colonists but to enslave them through increasingly minute regulation of their everyday lives.

The colonists of Massachusetts and the other rebellious colonies sought to protect their liberty, their lawful right to conduct their lives as they saw fit, subject only to a few laws promulgated by their fellow citizens under a strict system of formal and informal checks and balances, from honest elections to sunset clauses.

One major component of liberty was the right to associate for commercial or charitable purposes. Those who sought to formally incorporate for- or non-profit organizations to ensure certain legal protections, most especially the right to hold property and access courts as a distinct legal entity without having to dissolve and reorganize every time a member joined or left, were put at some trouble and expense (see my Corporation Nation for details) but any group of volunteers could associate under rules of their own making for any activity that would be lawful for any one of their number to undertake.

More generally the right to associate constituted a big chunk of what Francis Scott Key meant by “the Land of the Free” in his poem “The Defence of Fort McHenry,” which formed the lyrical basis of the current national anthem.

No wonder people of all races and genders have started to kneel during the anthem. Land of the free? Pshaw! (Incidentally, the fact that the archaic expression of disbelief I just employed is now considered new internet slang shows how far our educational system has degraded.) In what kind of a free country would a journalist unquestioningly report on the inherent evil of neighbors sharing cans of sustenance to get through tough times because a placeman didn’t endow the act with his stamp of government approval? (Stamp, get it?)

Government officials are concerned about “food safety and storage,” the Globe article gravely intones. Ah, the giant loophole we must close if we are to be able to stand once again for the anthem. In the mid-nineteenth century, a couple of poor court decisions began to enlarge government’s power to punish those who deliberately hurt others into a general power to regulate under the pretext of health and safety, a power that in many states had apparently waxed to limitless proportions in 2020.

And that brings us to the Christmas Nashville bombing. The matter behind the clatter is that one or more persons became so disgusted with America that s/he/they thought it needed a wake up call a bit louder than kneeling for the anthem or even the summer’s “mostly peaceful” protests.

The latest report suggests the culprit may have deliberately died in the blast. Regardless of the details that emerge, expect protests, from bombings and riots to simple acts of civil disobedience like littering, to increase as Americans mark their lives to market.

Rhetoric about whose lives matter and the preciousness of all human life aside, rational people value their lives based on their expected future well-being. Dash their hopes and dreams with increasingly arbitrary attempts to end liberty and they will be more likely to commit desperate acts of violence and (self)-destruction that serve only to decrease the expected future well-being of the survivors yet more.

Only liberty can restore the vibrancy of our dreams and end the vicious cycles of violence that have too long permeated many of our communities.