As if AstraZeneca’s squabbles with the EU and its pharma regulator weren’t bad enough, British police have dispatched a bomb squad to the the industrial estate where the AstraZeneca vaccine is made.

According to the BBC, police are dealing with an ongoing incident in North Wales where AZ’s Wrexham Industrial estate is located. The site now has a cordon that was reportedly placed near the Wrexhm Industrial estate. 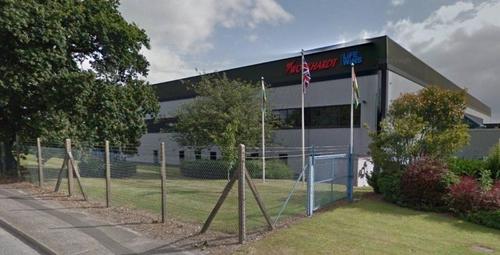 Police said a cordon had been placed around the Wockhardt plant and the public have been asked to keep away. There are no reports of any injuries.

Doses of the vaccine, developed by Oxford-AstraZeneca, are produced and stored there.  North Wales Police said it was at Wrexham Industrial estate. The BBC reports that a bomb disposal unit has been called to deal with a suspicious package. There are no reports of any injuries.

The plant was reportedly evacuated after it received a suspicious package: “Upon expert advice we have partially evacuated the site pending a full investigation.”

The BBC understands that the bomb disposal unit is on site.

“All relevant authorities were immediately notified and engaged. Upon expert advice we have partially evacuated the site pending a full investigation,” he said. “The safety of our employees and business continuity remain of paramount importance.” The Wrexham plant has the capability to produce around 300MM doses of the vaccine a year.

Wockhardt UK entered an agreement in August to help prepare the vaccine for distribution, and the Welsh Government said there had been “no adverse effects” on the coronavirus vaccine roll-out.

The Brewing Conflict In Ukraine