Update (1030ET): The suspected gunman charged in the shooting at a Boulder, Colorado grocery store was previously known to the FBI, a New York Times report revealed.

SaraACarter’s Annaliese Levy reports that, according to the report, Ahmad Al Aliwi Alissa, a 21-year-old from the Denver suburb of Arvada, was previously known to the FBI because he was linked to another individual under investigation by the bureau, according to law enforcement officials.

In 2018, Alissa was convicted of a misdemeanor assault against another student at Arvada West High School. Fellow classmates recall him as having a “fierce temper” that would flare in response to setbacks or slights, The Times report said.

Alissa’s brother described him as “mentally ill, paranoid and antisocial,” to the Daily Beast. 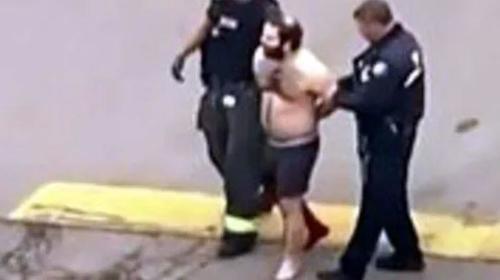 The gunman in Boulder who killed 10 people at a supermarket would routinely threaten his classmates with threats of filing fake hate crime charges after violently attacking them, eyewitnesses told the media. 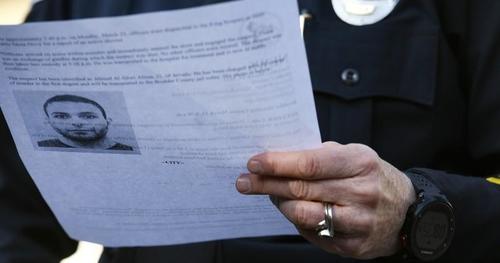 As we highlighted yesterday, Ahmad Al-Issa would typically be described as an “anti-racist activist,” with his Facebook page having featured criticism of Donald Trump, advocacy for refugees and Muslim immigrants.

Despite the gunman’s family telling the Daily Beast that the reason for his rampage was as a result of him being the victim of “bullying” in high school, Al-Issa’s classmates say the opposite is true.

A Fox 31 report reveals that Al-Issa once punched a classmate and continued to hit him as he lay on the ground.

Al-Issa tried to justify the attack by claiming the victim “had made fun of him and called him racial names weeks earlier,” although no other classmates could corroborate this.

The shooter’s wrestling team classmate Dayton Marvel also told the Denver Post that in Al Issa’s senior year, “during the wrestle-offs to see who makes varsity, he actually lost his match and quit the team and yelled out in the wrestling room that he was like going to kill everybody.”

“Nobody believed him. We were just all kind of freaked out by it, but nobody did anything about it,” said Marvel.

“He would talk about him being Muslim and how if anybody tried anything, he would file a hate crime and say they were making it up,” he added.

Given this history and the fact that Al-Issa was an avid reader of mainstream media, questions now must be asked about his real motivation given that all the gunman’s victims were white and whether he was radicalized by anti-white racism that has been institutionalized by the press.

Photographs of the 10 people killed by suspect Ahmad al-Issa in #Boulder, Colo. I was told a few days ago that the race of victims in shootings matter even if there is no evidence of race playing a role in the attack. pic.twitter.com/fxiG4jGbdM

Medical Martial Law and Propaganda Are Driven by Stealth and Marketing of a Bioweapon Disguised as a ‘Vaccine!’