One month ago, ahead of the record-breaking February retail sales report which smashed expectations in a 5-sigma beat to consensus and saw a record jump in core retail sales… 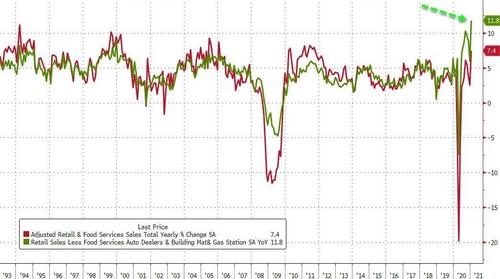 … we cautioned readers that “A Blockbuster Retail Sales Report” was coming, citing BofA’s latest credit and debit card data which showed a surge In spending, and more importantly, found that actual spending was coming in about 5-10x hotter than consensus.

Well, what a difference a month makes, because one month after what BofA (correctly) warned would be a blockbuster beat, the bank now expects a crushing plunge in retail sales. 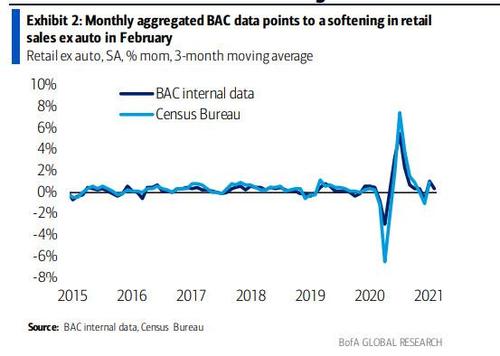 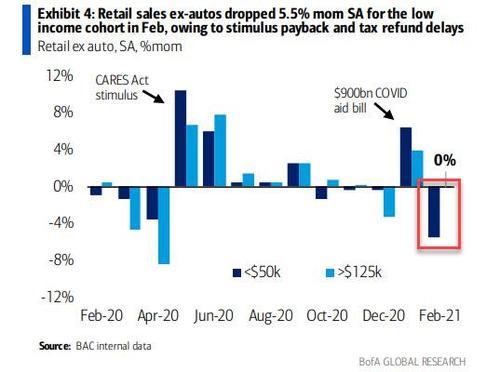 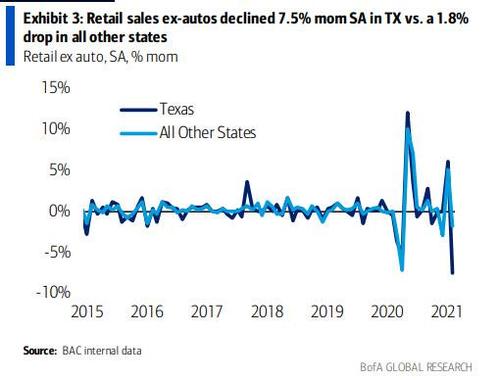 On a sector level, BofA saw strength in spending at restaurants and weakness in goods. As such, the bank’s measure of “core control retail sales”, which nets out autos, gas, building materials and restaurants is down 3.0% mom SA, and means that consensus will be woefully wrong with the real data coming in far below expectations (appropriately enough, one week after blowing out consensus).

Needless to say, this suggests a very weak February Census Bureau report. But there is good news: the latest weekly data shows another sharp rebound at the start of March. As BofA notes, total card spending jumped 10.7% yoy for the week ending March 6th… 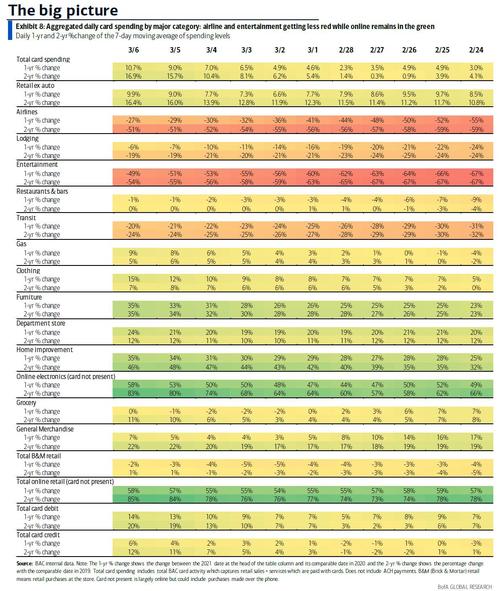 … reflecting the pay period at the beginning of the month which jolted spending. 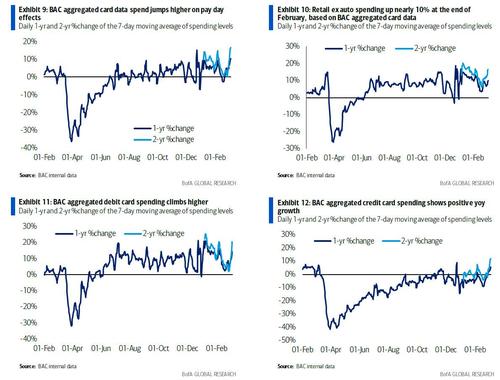 Furthermore, BofA’s chief economist Michelle Meyer says that she is seeing – and expects to continue to observe – “a decisive improvement in spending in March after the weakness at the end of February” which leads it to conclude that the drop is transitory given the strong data in the first week of March, the likely distribution of stimulus checks before month end and delayed tax refunds.

Over 80% Surveyed Say Tokyo Olympics Should Be Canceled Or Postponed