Brace For “Another Volatile Day”

After yesterday’s ‘malarkey’ – the worst start to a year for the S&P 500 in years – Robinhood’rs and their emotional support pigs were/are expecting a BTFD ramp. So far, not so much as stocks languish lower, unable to maintain any bounce overnight as China’s currency markets come back into play. 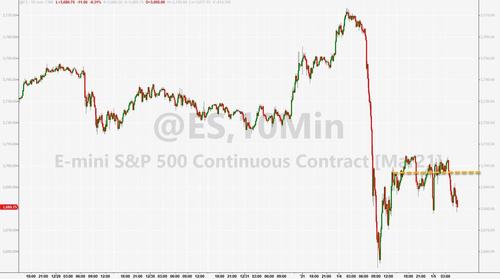 S&P 500 futs are trading around 3680, unable to break above the 3700 level which, as SpotGamma notes, is the gamma-neutral spot for the markets…

Due to this zero gamma position the options positioning experts are anticipating another volatile day.

From a position perspective nothing seemed to change materially as seen in the charts below.

There were small reductions in SPY puts>=SPY 370 – In the money puts closing on drawdowns is is generally what we expect to see.

However in SPX in the money puts were not net closed which could infer “retail” (SPY) monetized the drop, but “pros” (SPX) are holding protection. Any addition of puts could lead to dealer shorting.

SpotGamma goes on to warn that  3700 Strike & the VIX will be key today. 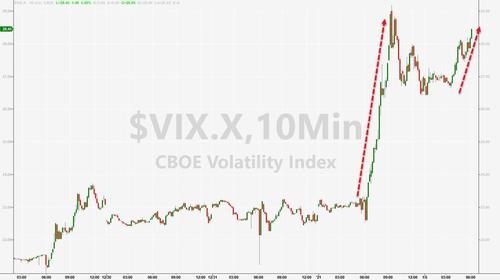 Markets under 3700 combined with a VIX that shifts higher likely leads to more downside in markets. 3600/360 seemed to gain the most puts which suggests that a move lower could pick up speed into 3600.

If VIX trends down that could signal “risk on” and we could see a quick return to 3745. There appears to be little in the way of resistance over 3700.

As far as a catalyst for a leg lower: Here’s two bid ones:

1) A Blue Wave… GOLDMAN: “There are encouraging signs for Democrats in the Senate runoffs .. Prediction markets appear to take the same view and imply nearly even odds that Democrats win both seats, up from around 20% shortly after the November election.” 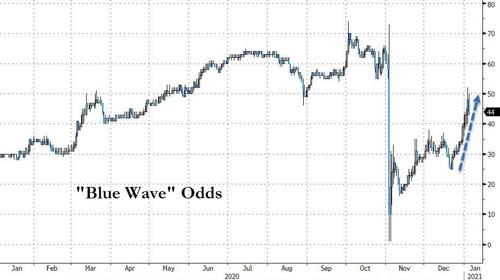 and 2) A China devaluation? Yuan is trading at a level that has previously sparked major devaluations… 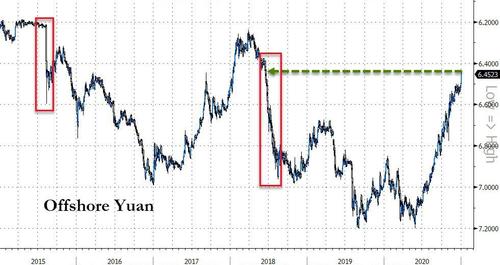 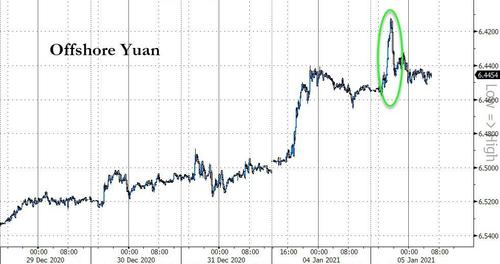 As Bloomberg reports, the move came as a few large Chinese state banks actively offloaded the currency against the greenback after the yuan hit 6.43, according to five traders who asked not to be identified because they aren’t authorized to comment on the market. While the lenders could be taking profits on long-yuan positions, they could also be acting on behalf of policy makers to rein in appreciation.

How I assembled The Matrix Revealed: The Key Symbol