The Supreme Court in Brazil has issued a ruling that could see state and local governments mandate the coronavirus vaccine, with the authority to issue fines and/or restrictions to those who refuse it. 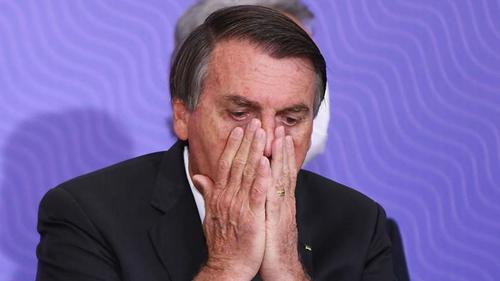 Reuters reports that “Brazilians could be ‘required, but not forced’ by civil authorities to be vaccinated.

Supreme Court Justice Ricardo Lewandowski wrote in the majority ruling that individuals refusing to take vaccines could face sanctions, such as the inability to partake in certain activities or to frequent certain locations.

Ten justices out of the 11-member court voted in favour of mandatory inoculation, with only one voting against it Thursday.

While a vaccine has not yet been approved in the country, polls indicate that around one-fifth of Brazilians do not intend to get a shot.

Among the skeptics is President Jair Bolsonaro, who has repeatedly warned of side effects from vaccinations and declared he is opposed to them.

“Nobody can force anybody to take the vaccine,” Bolsonaro said following the court’s decision, adding “We’re dealing with lives, where is our freedom?”

Sizeable numbers of Brazillians have continued to protest against the prospect of mandatory vaccinations, with Bolsonaro vowing not to buy any coronavirus vaccines, in contrast with the federal health ministry announcing in October that it intends to secure 46 million doses.