What better way to celebrate a new President than to push stocks to new all-time highs? On Wednesday, the market surged as Joe Biden got sworn in as the 46th President of the United States. Interestingly, it was a rotation from the reflation trade back into the “Old Gaurd” of the FANG stocks that led the way.

In fact, despite hopes that the reflation trade would be the thing, it has been just the opposite. The chart below is the differential in performance over the last week between market-cap and equal-weighted markets. (FANG dominates market cap whereas equal-weight has a much larger weighting in industrials) 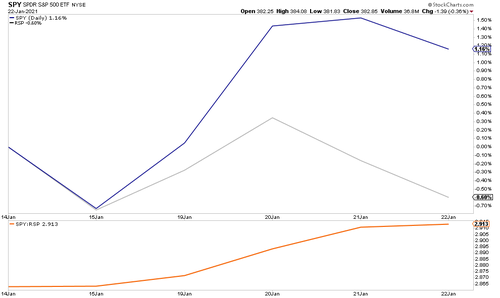 Notably, that rotation is a function of money managers repositioning portfolios to reduce risk. The risk gets reduced by moving from significantly extended and deviated areas of the market back to less extended or oversold segments. As noted last week, there is nothing screaming risk more at the moment than the small-cap sector. 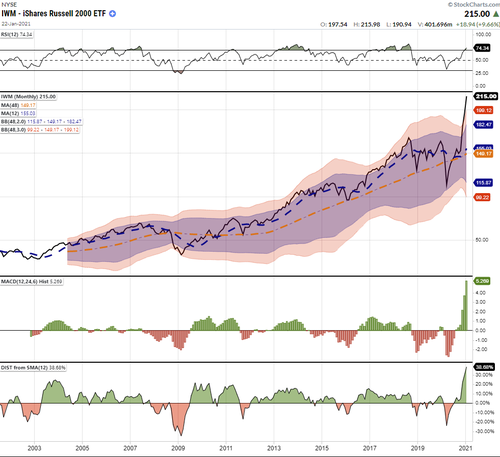 Markets Queuing Up For A Correction

Currently, managers can’t afford to be out of the market and potentially suffer a performance drag. So, the rotation in the market reduces risk while still maintaining exposure to equities. However, as discussed last week, there is ample evidence that “everyone is currently in the pool.”  Such leaves the market vulnerable to three risks:

The reality is that both a rise in the dollar, with higher yields, is likely to start attracting reserves from countries faced with economic weakness and negative-yielding debt. Such would quickly reverse the tailwinds that have supported the equity rally since March. 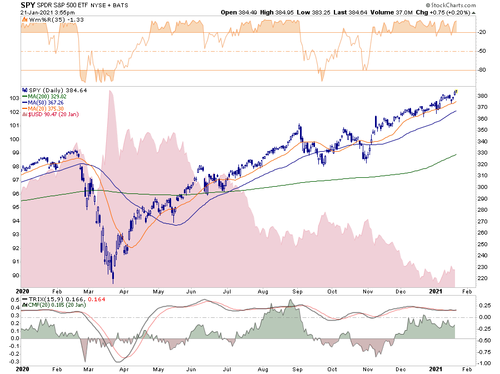 In the following video, we discuss why the markets are setting up for a correction over the next month of 3-5%. (We publish a daily 3-minute video click here to subscribe)

Important Note: A correction can take on one of two forms. The market either declines in price to alleviate the overbought condition, or it can consolidate sideways.

The Fed Broke It

In his latest letter to investors, The Financial Times reported that Seth Klarman of Baupost Capital blamed the world’s central banks for flooding the financial system with liquidity masking the US economy’s real health. To wit:

“With so much stimulus being deployed, trying to figure out if the economy is in recession is like trying to assess if you had a fever after you just took a large dose of aspirin. But as with frogs in water that is slowly being heated to a boil, investors are being conditioned not to recognise the danger.”

While the entire article is worth a read, his point is what we addressed previously in “Moral Hazard.”  What exactly is the definition of “moral hazard.”

Noun – ECONOMICS
“The lack of incentive to guard against risk where one is protected from its consequences, e.g., by insurance.”

Take a look at the following chart, which is a clear example of investors adopting the idea of “insurance” against loss. (Charts courtesy of ZeroHedge) 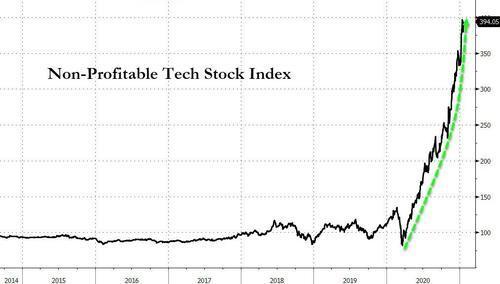 Of course, given the price-to-sales ratio is at a record high, such also suggests that investors are vastly overpaying for future outcomes. When there is a lack of perceived risk, the outcome has always ended poorly without exception. 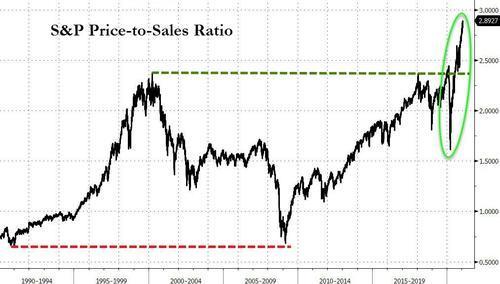 More Of The Same

As Seth Klarman notes, it is the unprecedented flood of global liquidity that is driving the mayhem.

“The Fed’s policies and programs have directly contributed to exceptionally benign market conditions where nearly everything is bid up while downside volatility is truncated.” 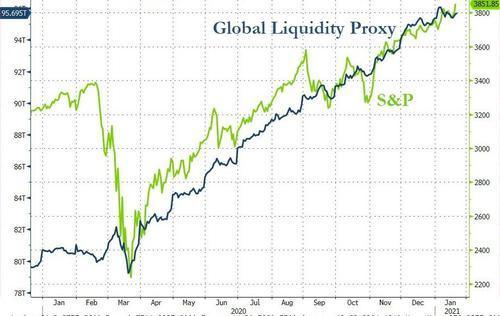 “They have also kindled two dangerous ideas: that fiscal deficits don’t matter, and that no matter how much debt is outstanding, we can effortlessly, safely, and reliably pile on more.”

Unfortunately, 40-years of history have already shown us the problem with debts and deficits in economic prosperity for the masses. 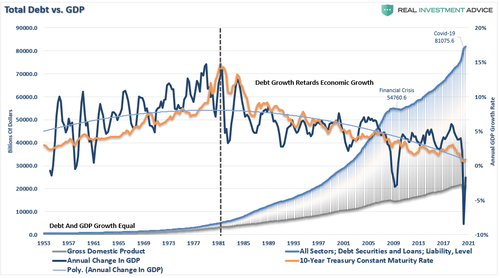 Another decade of the same should about finish the job.

Sentiment Trader had a great piece out on Thursday discussing sentiment and enthusiasm.

“The biggest challenge with this market, one we haven’t really ever had to deal with before, is the conflict between an impressive recovery from a historic selloff, superimposed against a backdrop of record levels of speculative activity.

Recoveries from a bear market typically take much longer. By the time they’ve recovered and been at new highs for a while, speculation comes in, markets plateau, divergences form, and sentiment cycles back down during a correction.

If we look at a typical Sentiment Cycle, then we basically went from enthusiasm to panic and right back to enthusiasm, all in record time.” 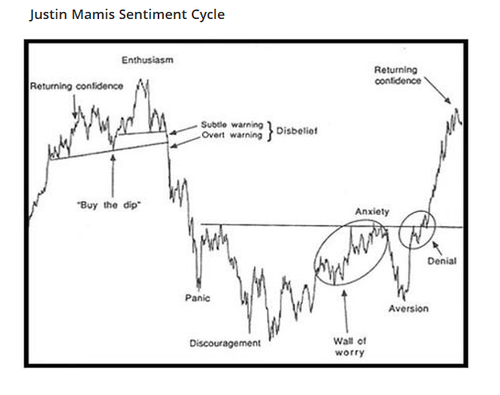 All boxes are checked there. More objectively, when we look at the correlation between the S&P 500’s price path lately versus the Enthusiasm phase of past cycles, there is a high positive correlation.” 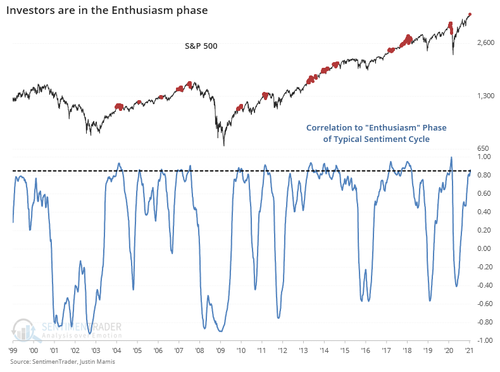 While none of this suggests the markets are about to crash, it does indicate that short-term risk/reward is not favorable currently. As SentimenTrader summed up:

“Sentiment is horrifically extreme and almost all signs are present, screaming at us that we’re seeing the kinds of behavior that are almost solely and universally seen at medium-term peaks in stocks.”

As noted above, a short- to intermediate-term correction to reduce current levels of exuberance would be a healthy thing. Longer-term, the dynamics to support a continuation of the bull market will become more challenging, particularly if inflation and interest rates start to push higher.

Our Job As Investors

Remember, our job as investors is pretty simple – protect our investment capital from short-term destruction so that we can play the long-term investment game.

With forward returns likely to be lower and more volatile than witnessed over the last decade, the need for a more conservative approach is rising. Controlling risk, reducing emotional investment mistakes, and limiting investment capital’s destruction will likely be the real formula for investment success in the coming decade.

“Pay Me In Bitcoin”: NFL Star Russell Okung Coverts Part Of His $13 Million Paycheck To Crypto