Authored by Josh Kantrow via AmericanThinker.com,

I was surprised to receive his text message because I had not heard from him in over a year, he had not responded to two of my texts sent eleven and nine months ago, and we used to see each other about every six to eight weeks for coffee or drinks to talk politics.

And it apparently dealt with an urgent matter: “I need to talk to you, ASAP,” it read.

I was concerned he was in trouble, so I responded and we spoke yesterday.

The person I spoke with, who I will call “Jim,” to protect his privacy (although he doesn’t really deserve it), started off the conversation by stating:

“Something is wrong with you.”

When I asked him to elaborate, he said

“People like you are the reason things are not back to normal.”

And on and on his rant went.

The upshot is that Jim, a man of the left in his late 40s, has been following me on social media and was highly agitated about the fact that, since travel opened back up, I’ve spent a significant amount of time roaming around our beautiful country, mostly out west, enjoying the great outdoors hiking, biking, rafting, skiing, etc., with various family members, as I work remotely.

My explanations (not that he deserved any) that we observe all local, state, and federal mandates, and reasonable precautions, fell on deaf ears.

Jim signaled his virtue throughout this unpleasant conversation by stating that, unlike me, he and his family have largely stayed indoors, in their house, over the past year. 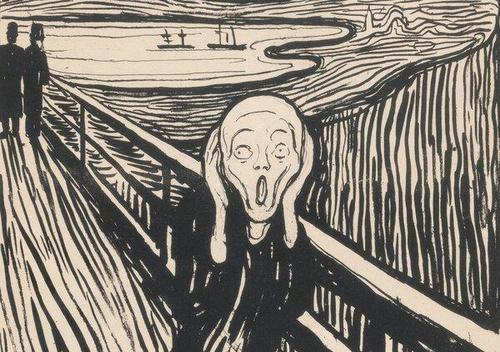 He said that the only exception to this are occasional early morning walks, “when no one else is around,” essential doctor visits, and weekly excursions to the grocery store (he and his wife alternate), where they wear double masks and equipment to protect their eyes. The person doing the shopping then quarantines in a separate room inside their house for a few days. When I asked Jim why he didn’t have his groceries delivered, he had no good answer. When I asked him whether he or any family members had any medical issues that warranted such extreme precautions, he said he was “highly offended” by my use of the word “extreme,” but that no one had any pre-existing medical conditions.

He added, “You know, some of us just want to do our part.”

When I explained that the very outdoor activities that we have been engaging in are healthy, well within guidelines, and even encouraged by public health officials, and that I was, contrary to his statement, “doing my part” in that I was helping small businesses and the travel and hospitality industries who have been ravaged by the lockdowns, he kept saying I was wrong, frequently by invoking some variation of the phrase “But Dr. Fauci says….”

My take is that Jim has a serious crush on Dr. Fauci and desires to receive a “Good Citizen” award in a nationally televised event from him when this is over. Of course, for Jim and those that think like him, it never will be.

Our conversation ended when I asked Jim whether he would jump off a bridge if “Dr. Fauci says.” Jim shouted an expletive at me and hung up the phone.

As I was not given the opportunity, let me use these pages to wish Jim and the virtue-signaling intolerant people who think like him goodbye and good riddance.

For it is they, not people like us, who are doing their level best to stop things from returning to normal.