Toronto is the most overheated housing market among any metropolitan city in Canada. The latest example of this is the recent sale of a home that sparked a bidding war among buyers in Banbury Don Mills, a suburb in Toronto’s North York district.

The Globe and Mail report the 3,500 sqft home located at 42 Apollo Dr., Toronto, was listed for $1,998,000 in January and immediately saw massive interest among prospective homebuyers. 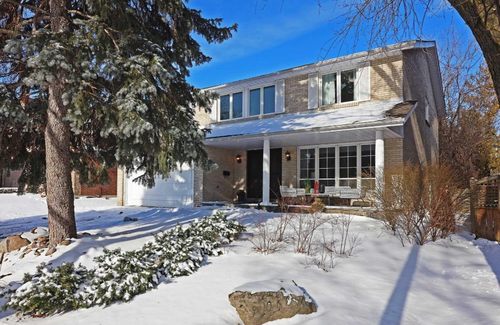 Real agent Belinda Lelli said she had 112 showings on the suburban home with more than 17 offers.

“The strategy was to put it on the market before the spring,” said Lelli, because inventories were low in January.

She said the house quickly sold for $612,000 over list or a 30% premium versus the initial list price.

Lelli said the suburban area is very sought after in a post-COVID world. “It’s on a very quiet, family-friendly street, and it has five bedrooms, plus one bedroom in the fully finished basement,” she added. 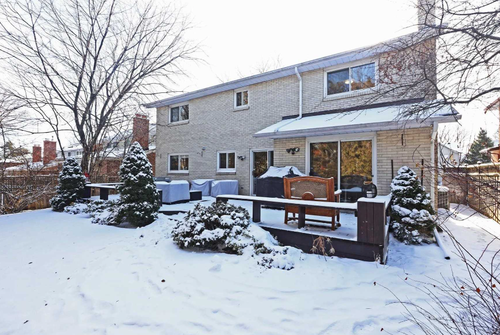 In addition to being in the suburbs, the home can support two at-home offices, bedrooms for two kids, and even a finished basement for a housekeeper, nanny, or an in-law suite.

Lelli correctly points out that the low inventory and cheap mortgage rates resulted in the home’s bidding war. Also, being in the suburbs, city-dwellers are finding the area attractive.

Earlier this month, BMO Senior Economist Robert Kavcic pointed out the “boiling” Canadian housing in one chart, which shows housing prices across Canada have erupted in recent months. 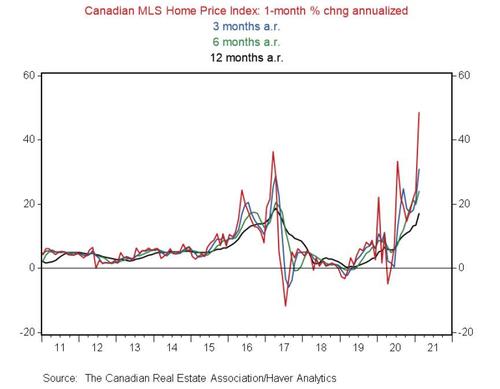 Rapid home price increases have alarmed the Canada Mortgage and Housing Corporation in a recent Housing Market Assessment report. The agency singled out Toronto and called it the most overheated market in the country.

“Surging prices are also pulling demand forward, with many buyers opting to act now for fear they’ll miss out,” said Hogue, outlining how people can work remotely and want more land in a post-lockdown environment. “The factors driving the current frenzy will eventually reverse or run their course.”

A similar frenzy is happening to Canada’s neighbor in the south, that being the US. The Federal Reserve sparked a housing boom with historically low mortgage rates as the remote-work phenomenon is pushing city dwellers to the suburbs.

In one instance, a home in the Citrus Heights, a suburb of Sacramento, California, was recently listed for $399,900, and in just two days, received a mindboggling 122 offers. The home ended selling well above the list price.

The bottom line is that the Canadian housing market is boiling, and once demand languishes, a correction will be seen.

Will Biden ‘Extinguish’ The Dollar?