Having correctly called for a surge in investor enthusiasm in 2020, accompanied by a disappointing economy in 2020 (along with a  UK win in the Brexit debacle), Byron Wien, Vice Chairman together with Joe Zidle, Chief Investment Strategist in the Private Wealth Solutions group at Blackstone, today issued their list of the Ten Surprises of 2021. 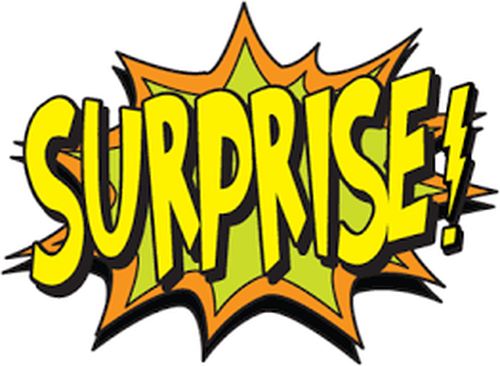 This is the 36th year Byron has given his views on a number of economic, financial market and political surprises for the coming year. Byron defines a “surprise” as an event that the average investor would only assign a one out of three chance of taking place but which Byron believes is “probable,” having a better than 50% likelihood of happening. Byron started the tradition in 1986 when he was the Chief U.S. Investment Strategist at Morgan Stanley. Byron joined Blackstone in September 2009 as a senior advisor to both the firm and its clients in analyzing economic, political, market and social trends. In 2018, Joe Zidle joined Byron Wien in the development of the Ten Surprises.

Byron and Joe’s Ten Surprises of 2021 are as follows:

Every year there are always a few Surprises that do not make the Ten, because we either do not think they are as relevant as those on the basic list or we are not comfortable with the idea that they are “probable.”

11. Cyber-attacks, mostly from Eastern Europe and the Middle East, begin to have an economic impact. Bank account information is invaded and distorted, patient records are lost at hospitals and credit collection companies can’t keep track of customer purchases. Those tampering prove to be more skillful than those protecting the integrity of the data and the dislocation cost becomes significant.

12. Tesla acquires a major global auto manufacturer in a transaction that involves a combination of cash and stock. Elon Musk is the CEO and pledges to eliminate the internal combustion engine by the end of the decade.

13. Kim Jong-un threatens to explode his latest long-range missile, capable, he says, of reaching Los Angeles. Trump invites him onto TV and explains that Kim will be a better person and the world will be a better place if he works with other countries rather than threatening them. Kim agrees to stop testing long-range missiles. Trump looks into the camera and says, “People say I am the best negotiator.”