Cable rallied Friday afternoon on the news that, days after striking a reciprocity deal to ensure adequate supplies of COVID jabs for EU member states, London and Brussels are on the cusp of a high-level agreement on a new regulatory framework for financial regulation that could revive London-based firms’ access to European markets.

Investors have been closely watching for news about the deal on financial regulation, which was left out of the original Brexit trade deal, and has been seen as  a major risk for the British financial services industry, which has already suffered a wave of defections as foreign firms have moved more of their European workforce to within the EU (Dublin and Warsaw have been two popular locations). 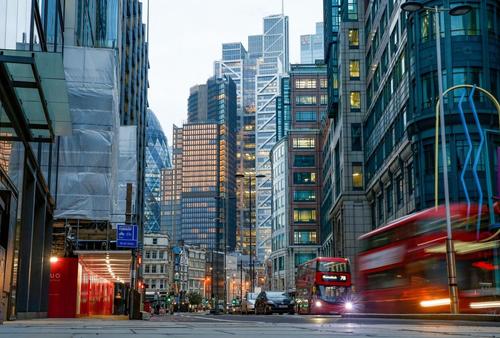 According to Bloomberg, which broke the news, the two sides are proposing “a joint forum for discussing regulations and sharing information.” In its current form,the forum would lead to “informal consultations concerning decisions to adopt, suspend or withdraw equivalence,” according to the draft. “Equivalence” is a hot-button issue and anathema to Brexiteers, who are averse to ceding any regulatory control to Brussels. 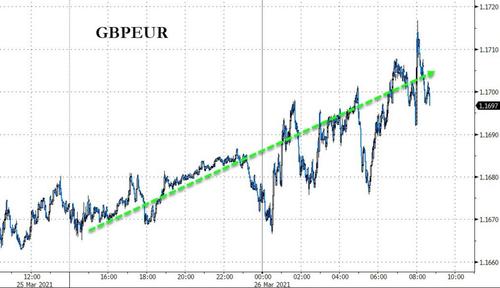 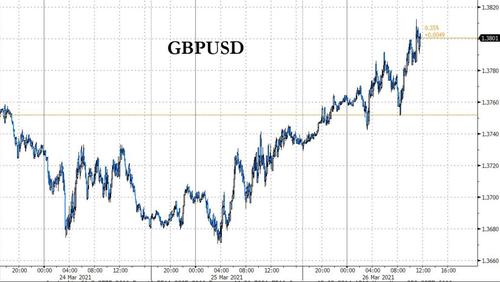 Since the start of the year, London-based firms have been blocked from operating in the block as Brexit officially took effect following the end of the transition period. The European Commission told EU ministers at a meeting earlier this week that the proposal is based on the framework the EU currently has with the U.S., according to a diplomatic note seen by Bloomberg. A spokesman for 10 Downing Street said “talks are taking place between officials and we won’t be giving a running commentary whist they are ongoing.”

However, whether the deal will lead to more cooperation remains unclear. The two sides could still reject that approach in favor of increased independence.

In other news, during a video summit on Thursday, EU leaders gave lukewarm support to a plan to better control the exports of shots to the rest of the world, as European Commission head tweeted that Brussels was acting to ensure Europeans receive their “fair share” of new jabs.

The EU has exported 77 million doses of vaccines to 33 countries since 1 December 2020.

In addition, as a lead donor to COVAX, it has contributed to exports to low & middle income countries.

While remaining open, the EU needs to ensure Europeans get a fair share of vaccines. pic.twitter.com/9TbTxAuFxk

In keeping with this decision, a vaccine factory in the Netherlands at the center of the spat over AstraZeneca jabs between London and Brussels has been given the go ahead by the European Medicines Agency to begin supplying Astra jabs to the EU, after European leaders asked the company to fulfill the rest of the EU’s order of jabs, which have been plagued by production delays. The EMA said on Friday that the Leiden factory, run by subcontractor called Halix, had finally been approved for production and export of AstraZeneca’s vaccine, bringing the total number of factories making the vaccine in Europe to four, per the FT.

At the same time, Norway has joined nearby Denmark in extending its halt on AstraZeneca jabs, the latest sign that a paucity of vaccine supplies isn’t the only obstacle to boosting the vaccination rate.