CalPERS Searching For A CIO Who Can Handle “Appearances on CNBC”

Apparently investing acumen isn’t the first thing CalPERS is considering while searching for a new CIO who is going to be tasked with making “at least 7% a year” on an annualized basis.

Instead, the selection committee who is looking for a new CIO is looking for – and we swear we are not making this up – “a CIO who is comfortable handling national media interviews, such as appearances on CNBC”.

That quick glance into the priorities of the California Public Employees’ Retirement System is courtesy of Chief Investment Officer magazine, who reported that it was “unlikely” a new CIO would be chosen to oversee investments in January:

CalPERS CEO Marcie Frost said she wants a CIO who is comfortable handling national media interviews, such as appearances on CNBC, and who has extensive investment knowledge.

“The CalPERS CIO holds a public job in the public spotlight, and all the candidates we’re talking with know that,” she said in a statement. “They also know that we’re focused on hiring an expert investor who can skillfully guide our global portfolio and help us deliver the retirement security our members have earned.”

Because if you can handle the intellectual titans that will be interviewing you on CNBC, you’re likely more than qualified to make 7% annually. 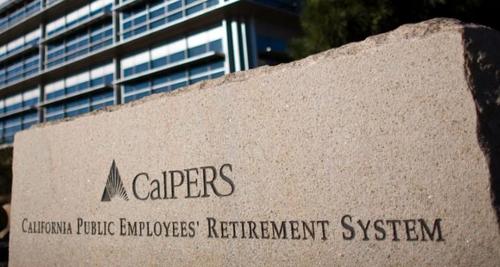 The pension fund has 4 finalists for the position, however, according to the report. The process is ongoing and two more meetings will be held in January to hopefully move closer to a selection. The position is going to pay $2.4 million per year, if performance bonuses are met.

The fund has had 6 CIOs in the last two decades and Frost hopes to pick someone that will stick around for the longer term. Former CIO Ben Meng resigned after the announcement of a state ethics investigation that came as a result of Meng overseeing a $1 billion investment into a private equity fund run by Blackstone – while he owned stock in the firm.

“In the fiscal year that ended June 30, CalPERS returned only 4.7%, but the portfolio performed better than its benchmark, which returned 4.3%,” CIO wrote. The CalPERS pension plan is about $440 billion and is only about 70% funded. It covers 2 million workers in California.

J.J. Jelincic, a retired CalPERS investment officer, said: “Getting through the next few years will be rough.”

The fund sometimes faces problems deploying capital due to its large size. “For more than three years, CalPERS officials have studied a plan to create a separate private equity investment corporation as a way to deploy more funds without relying on private equity general partners. But the plan was never implemented and is on hold until the new CIO is named,” the report says.

With the plan in such dire straits, maybe Marcie Frost should just consider hiring a CNBC anchor right off the network to oversee the fund’s $440 billion.

After the USSR, the USA Collapses