Cancel culture is back with a vengeance, after Reddit banned yet another pro-Trump forum, /r/DonaldTrump, from the public square in yet another example of leftist technocrats using outlier groups of extremists – in this case, the Capitol ‘raid’ – to justify their actions, while having given their own side a pass during four years of violence and incendiary rhetoric. 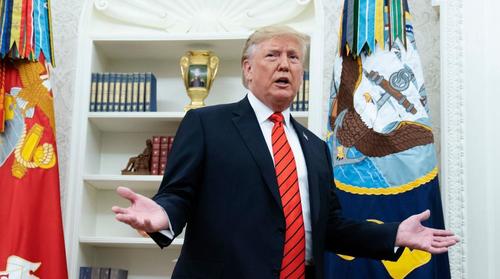 “Reddit’s site-wide policies prohibit content that promotes hate, or encourages, glorifies, incites, or calls for violence against groups of people or individuals. In accordance with this, we have been proactively reaching out to moderators to remind them of our policies and to offer support or resources as needed,” a Reddit spokesperson told an undoubtedly giddy Axios, who added “We have also taken action to ban the community r/donaldtrump given repeated policy violations in recent days regarding the violence at the U.S. Capitol.“

In June, Reddit banned /r/The_Donald – one of the site’s largest political communities, right as the 2020 election began to heat up.

The company’s Friday ban-hammer comes on the heels of several other platforms taking actions against Trump or his supporters. As Axios notes:

Meanwhile, Facebook has removed the ‘Walk Away’ campaign from its platform and has banned founder Brandon Straka and his team – which had over 500,000 people who shared their testimonial videos about leaving the Democratic party.

It’s over for pro-Trump movements on the Internet. The purge is on. https://t.co/DQ6LfU1Fkn

And in what’s got to be the icing on the cancel cake, Lehigh University just revoked a 33-year-old honorary degree given to President Trump in 1988, after the school’s board of trustees voted to do so on Thursday following the violence in the Capitol.