Ever since GameStop (GME – USA) pulled off a Melvinator, I have had various short vol GME option trades on. Often, this was some combination of deep out of the money (OTM) strike puts and a smattering of even further OTM calls. Yes, I know I said that shorting “Project Zimbabwe” is suicide and maybe I need to re-learn that lesson myself, but I’ll sell you damn near anything if you pay me around 1000 implied volatility (IV) for it.

One of my primary expectations during “Project Zimbabwe” is that IV will remain structurally high and that certain crowd favorites will experience downright bizarre IV levels. Based on my screen, GME IV is clocking in at a 350 level—also known as batshit. Why is IV so high? Have you seen the moves that this name has made? Who the hell wants to take the other side of this thing, especially as throngs of retail are consistently running dealers over? I’ve reached out to friends, the sort who often run towards a burning building as opposed to away from it. They won’t even touch GME, except to maybe sell some cheapie puts. 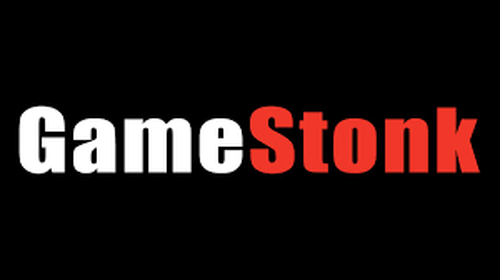 If no one will take the other side, it’s likely mispriced. Now, before I go into the weeds here, I want to warn you not to try this at home (OK – of course you’re gonna try). Since you’re going to play, please play small. In my experience, about 90% of these straddles work out and the other 10% sting really well. As the trading gods have a sense of humor, they will likely make an example of this one since I am writing about it.

With that disclaimer out of the way, I have been selling the April GME $250 straddle for roughly $220. Why $250? I like round numbers and the stock was right at the strike when I started selling them. Could a different strike or strangle combination work out better? Probably. In any case, that’s the one I sold when GME was at $250 yesterday, so let’s talk about it a bit. 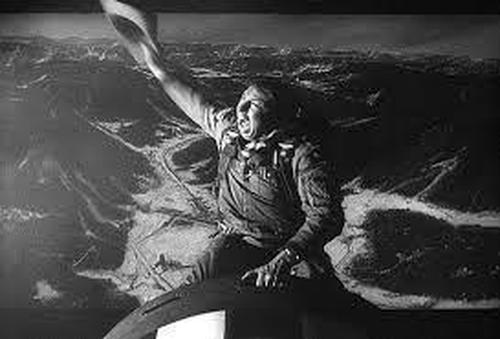 To start with, if GME closes at any price between $30 and $470 at April expiration, I’m going to make money here. Where do I think GME closes? I haven’t got a bloody clue.

To the downside, I think I’m pretty well protected as I felt like GME was cheapish when it was in the teens and twenties. Besides, the business is clearly a whole lot more valuable now after the squeeze as GME got billions in free brand advertisement through the media. In fact, I’d buy size at $30, so I don’t mind getting assigned there. The bigger concern is what the upside risk is. This is where I sort of shrug my shoulders. The stock needs to almost double to roughly a $33 billion market cap for me to lose money. Even then, IV will likely spike as the shares rally and as the Delta on my calls gets into the 80s, I’m going to roll them higher and potentially out a month. (If you don’t know what I just said, please don’t try this at home). In summary, I can likely see a share price into the $600s before I lose money on this trade ($42 billion market cap). As I’m naturally a bit over-worried about the right-tail risk, I’ve oversold some lower strike puts as part of my combination. However, playing a put heavy ratio at the strike may also get you to a similar spot if you prefer that. Finally, I’m playing this awful small. When you sell volatility, you are an insurance company. You make your money selling a big set of overpriced situations, not betting on when an hurricane will strike. Especially since some of these set-ups look like hurricanes on day 1, the difference being that you’re pricing them at Cat-3 when the world sees a Cat-5.

Why do I bring this all up? I am increasingly convinced that selling volatility during “Project Zimbabwe” is bound to outperform most other strategies and do it with a lot less risk. While I speak a lot about writing puts on companies, I’m willing to own, selling straddles and strangles can be just as lucrative as long as you’re paid enough for the risk and you don’t bet the farm on any one trade. Is 350 IV high enough? Guess we’ll find out in 35 days…

Disclosure: Funds that I control are short various GME puts and calls.

Why Technocrats Believe in Face Masks