Auto sales numbers for the end of 2020 could be the harbinger of a recovery to come in 2021 – but the annual numbers for 2020 are undoubtedly going to look ugly in the grand scheme of things.

Despite decent numbers from GM and Toyota for December, all major automakers are expected to post “significant declines” for the year, according to the Wall Street Journal.

Sales will likely total 14.4 million to 14.6 million for the year once results are in. This would mark a 15% decline from 2019 and the lowest level for sales in a decade. 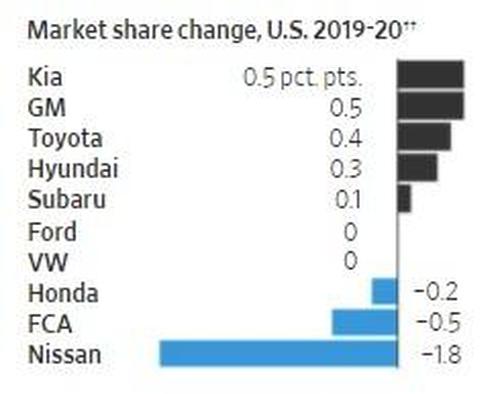 Among the highlights and lowlights:

The seasonally adjusted annualized selling rate was estimated by Bloomberg to be 16.4 million in December, which is down from 16.9 million a year ago. Citing J.D. Power, these numbers show “recovery from the early days of the pandemic”.

Analysts think a sales rebound can continue into 2021, driven by record low interest rates and – of course – stimulus checks. What a country. 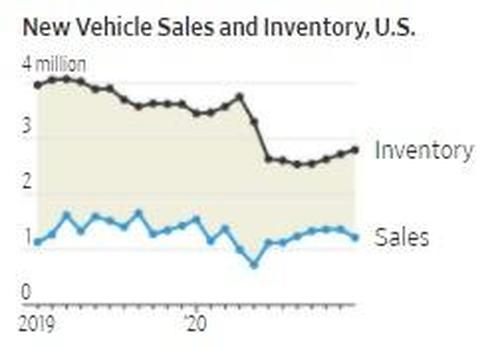 The industry is also going to be dealing with an inventory crunch well into 2021. New vehicle stocks at dealerships are about 25% below normal and the average price paid for a vehicle in December was about $38,000 – up from $34,000 in early 2020. Dealers with less inventory have been less likely to offer discounts. As inventory picks up in mid to late 2021, incentives could become a large part of the sales gameplan once again.

“There is a lot of disposable income out there in the target buyers looking for automobiles,” concluded Scott Keogh, Volkswagen’s U.S. chief.

Afghanistan and the CIA Heroin Ratline