Days after prolific short seller Andrew Left called it quits to focus on long-only research, another well known name in the industry, Carson Block, is stepping in to defend short selling.

Block reminded Bloomberg on Monday that his firm works to uncover fraud and he “rejected the idea popular on Reddit’s WallStreetBets forum that short sellers are a part of the establishment”.

The short seller said his firm’s work continues to be important because the supply of people committing fraud hasn’t decreased. In fact, we’d argue, it has increased significantly.

Block – standing at odds with several Fed governors over the last 48 hours who have apparently adopted a “see no evil, hear no evil” approach to monitoring the markets – argued that “financial markets are broken” and said that solutions could lie in higher interest rates and taxation. 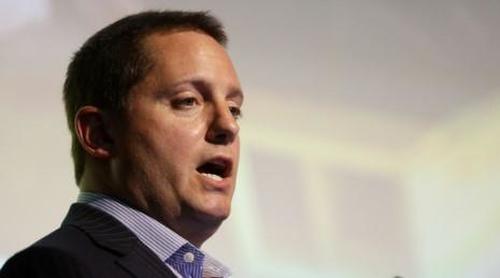 Recall, at the end of January, we noted that Block had significantly cut back his firm’s short exposure in names.

He told Bloomberg last week: “There are no medals for valor in this business. Being one of the more high-profile short-sellers, it would not be smart for us to have appreciable risk on in any name.”

Additionally, Carson claimed that the parabolic moves look less like the product of Reddit-driven retail orders than a short squeeze by hedge funds targeting other hedge funds.

“I’ve wondered, is there coordination with these hedge funds?” Block said in an interview on Bloomberg Television.

“What constitutes coordination? Did they cross the line? That could be interesting.”

For now, it’s an unproven theory, but while the history-making retail uprising last week was the catalyst, as other funds smelled blood in the water, they likely piled on (far less sinister sounding than Bloomberg’s suggestion that this was all “a convenient smokescreen for internecine hedge-fund warfare.”)

Block is one of the most well-known names on Wall Street, cutting his teeth by helping to expose a number of frauds – many U.S. listed and China based – over the course of more than a decade. Block was one of the first people to help make the Luckin Coffee short thesis widely available – a thesis that eventually wound up proving true when the company was found to be guilty of massive accounting fraud.

He said he started paring back his positions about two weeks ago when he noticed that a squeeze could be brewing in GSX Techedu, a company his firm has been short, and has been a vocal critic of. After watching GameStop’s run up, Block decided it was time to take more of his firm’s short exposure off the table. One name he has covered is Nano-X Imaging, Ltd., which was added to Cathie Wood’s ARK Israel Innovation ETF in recent days. He continued:

“The mob is specifically hunting short-sellers. We didn’t have the misfortune of being in GameStop.”

The firm was able to “reduce risk in [its] last big position” last Wednesday, Block said. “We expected a retail-buying mania,” Block said.