Has CBS skidded down to straight-opinion activism? Sure looks like it.

On April 2, they came out with a supposedly straight-news article (archived version here) bearing this headline:

And here’s a summary of the content from the Daily Caller:

The first section urged companies not to donate to the two Georgia Republicans who co-sponsored the bill.

The second bullet point pushed for companies to “spread awareness” via television and social media advertisements, and

the third note called for them to “fight for federal law” regarding the “For the People Act.”

It was as if aliens had taken over Georgia or a pandemic were on, and companies everywhere needed advice on what to do, how to combat it, since they would have no idea and CBS knows everything, even political strategy.

What didn’t figure in this was that the law they advocated fighting was brought on by the duly-elected and legitimately seated legislature of Georgia.

It was pure, straight, naked activism masquerading as news.

What it shows is that what was once the gold standard of straight-news reporting many decades ago is now as left-wing as The Nation:

Now it’s been yanked, according to reports, because of backlash from the public, and more important to CBS News, other journalists, who recognize opinion-writing when they see it and know it wouldn’t cut it at their own outlets. 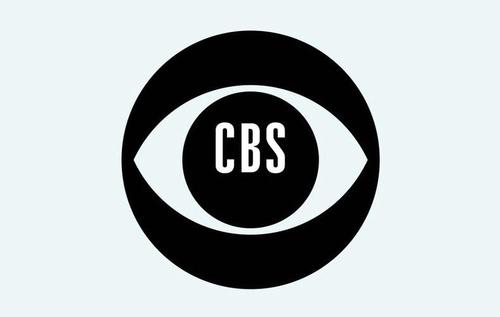 Here’s some Twitter reaction from some of the few professional trained journalists out there: 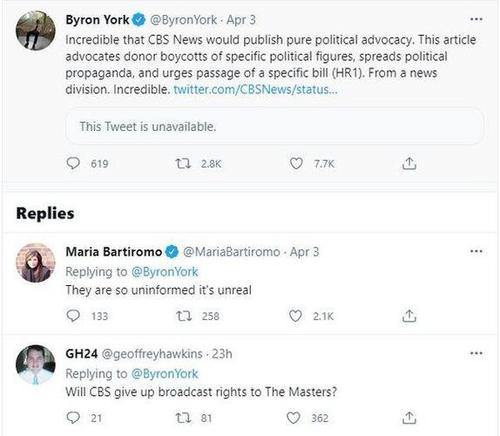 Incredibly, this crap passed through a lot of editors before making it onto the Internet. Anyone who knows the news industry would know that.

And that demonstrates a problem of culture, a rotten fish problem that stinks from the top.

Anyone hear anything funny from CBS of late suggesting as much.

Take a look at Lester Holt. The Mr. Assuring Newsman of avuncular demeanor was just talking about the importance of not reporting conservative views in his reports. That would make such reports better, of course, but for Lester, they’d undermine the leftist agenda, so guess which one wins?

I got news for Lester: I’ve been educated in journalism, too, at Columbia University’s famous grad school of journalism, in the 1990s, and don’t think that issue didn’t come up. I recall a memorably good professor of foreign reporting, Stanley Meisler, of the Los Angeles Times, teaching us kids at the time that we don’t have to give every nutbag view equal weight or even space in every story … but, and this is a big ‘but,’ we do have weigh whether a view with which we may disagree with, or find bad does have consequence. That’s called news judgment.

Umm, Lester apparently is saying that anyone with conservative views is bearing a view without consequence and conservative voices don’t matter. They’re fringe, despite 70-plus million votes that came in for President Trump in 2020, and therefore, like any nutbag view, need to be ignored. Sound like a good news judgment? Only if you are convinced that Democrats will be in power forever, conservatives will never vote to win, and Republicans will be erased, Stalin-style, from every picture.

Thus far, history doesn’t work that way. But CBS is continuing its slide downhill, with a “news” culture that lets this kind of activist call to action get put out, trashing its credibility, and retreating only when other journalists say ‘yuck.’