Republican Representative Lee Zeldin has blasted the World Health Organisation as China’s “useful idiots” after a draft version of its investigation into the origins of the coronavirus outbreak was revealed to have dismissed the lab leak theory as ‘extremely unlikely’. 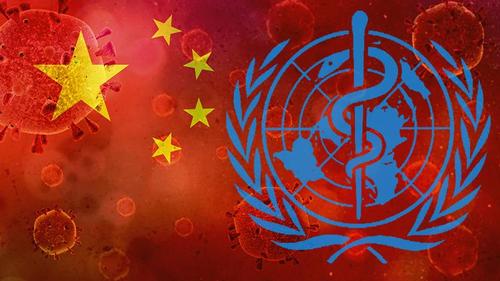 Zeldin slammed China for “covering up to the world the pandemic’s origins” and called for a real independent investigation:

Since the initial outbreak of COVID-19, the Chinese Communist Party has lied & covered-up to the world the pandemic’s origins. The World Health Organization has played along time & again as the CCP’s useful idiots. A thorough & truly independent investigation is long overdue. https://t.co/7zeXjaupmY

The WHO report repeats the often touted CCP explanation that the virus was likely transmitted to humans by animals, and did not come from a lab.

WHO officials have stated that the report will be officially released in the coming days:

The notion that the virus came from a ‘wet market’ in Wuhan discounts the fact that cases were reported before localised outbreaks close to the market.

Last week, Dr. Robert Redfield, the former director of the U.S. Centers for Disease Control and Prevention under President Trump declared that he believes the virus originated in a lab in Wuhan, China.

It’s a theory that is supported by top US National Security officials in the US and Britain, as well as scores of virologists and other scientists.

A prominent German scientist with the University of Hamburg released findings in February of a year long study that concludes the most likely cause of the coronavirus pandemic was a leak from the Wuhan Institute of Virology.

As we highlighted last month, after spending months trying to negotiate the visit, WHO officials largely absolved China of blame for the COVID-19 pandemic after visiting a virus lab in Wuhan for just 3 hours.

(READ) ‘Safety lapses’ and ‘violations’ at US biosafety laboratories