“Yet who would have thought the old man to have so much blood in him?”

This has been a fascinating week in markets – bond yields and equity prices circling each other, locked in a macabre danse infernal… Bonds go up – tech stocks collapse. Bonds go down – tech stocks recover.

The big question: Does this week’s sell off represent a buying opportunity?

I am unconvinced. It feels like markets are trapped in a repeating cycle – we won’t see any further gains in stocks until bonds stabilise, but neither will we see a collapse because of the expectation central banks would quickly step in…

Which is when it struck me… is this a managed Taper Tantrum?

Jay Powell’s careful comments yesterday about patience, concern over disorderly markets, but no immediate need to intervene have been taken to mean the Fed is watching, but don’t assume anything. If a Fed Head speaks and its clear what he said, then clearly he misspoke – but a message was conveyed: central banks are comfortable with a calm rise in rates.

Which means they know rates are too low. Central banks are surreptitiously allowing/encouraging yields higher in a controlled manner, with a view to easing the market’s addiction to low rates. It’s a delicate line to balance on. Central bankers are not stupid – they have learnt all about political art of who to blame since they blithely blundered into the Global Financial Crisis in 2007. Key to winning that game is not being blamed – especially not for a market meltdown.

I’m calling this the Chernobyl Quandary. 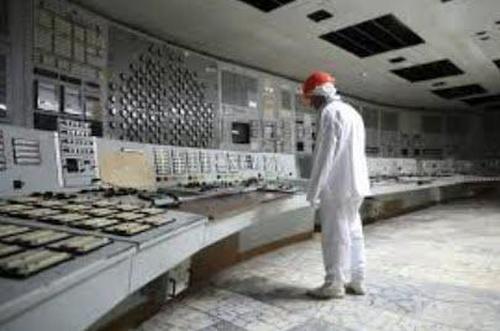 In 1986 Chernobyl was a Soviet nuclear plant than went catastrophically wrong when the emergency button to insert graphite control rods into an overheating reactor was pressed. Because of the flawed design, the rods control didn’t immediately slow the nuclear reaction, but momentarily accelerated it, causing the heat to surge triggering a steam explosion that ripped the roof of the reactor vessel. That was followed milliseconds later by the uncontained reactor exploding as it went critical.

Nasty – and if you haven’t read the book or watched the series… make sure you do. Your admiration for the bravery of Russians who averted a wider catastrophe will be unsurpassed.

Chernobyl neatly encapsulates what’s going to happen to markets if rates are allowed to rise too quickly, and what happens if they don’t.

If rates/bond yield rise to quickly, markets will implode – undoing the last 12 years of financial asset price inflation, and sending out all kinds of horrible consequences into the real economy like killer charged particles.

But interest rates have to rise… because we all know that the surest way to fuel an unsustainable financial asset bubble it to keep interest rates too low and overly accommodative.

The challenge for central banks is to insert the graphite control rods of higher interest rates while bringing down the temperature of overheated prices without destroying markets…. Can they? I guess we shall shortly find out.

Until we do.. I’m sticking with a hefty Gold position.

Not everyone sees it so bleakly. There are analysts, market strategists and hedge fund managers all certain that we’re at some kind of inflection point. We’ve got a number of themes they variously point to:

Reflation – the global markets are about to soar on the back of repressed spending, and higher interest rates will be positive for economic growth by generating incentives to invest. The market will cope on the basis of the positive outlook for stocks. Sell Bonds. Buy Stocks. Get set for longer term inflation.

Inflation – all the money printing by central banks to finance government stimulus and fund QE is going to impact the real economy driving up prices sooner than expected and will slowing growth. Sell Bonds. Flat Equity. Hold Gold. (Not bitcoin.. that’s just stupid.)

Double Whammy – If the prices of financial assets go into mean reversion (ie a sustained crash), then the outcome will be massive inflation as the money currently in financial assets is cycled into the real economy and real assets, with massive post-covid recession: classic Stagflation (combined recession and inflation). Sell Everything except fundamental stocks. Buy Gold.

There are as many scenarios and outlooks as there are market participants.

Personally, I will go with the Central Bank what-ever-it-takes theme: the only tool at their disposal to avoid a financial crash is continuing to manage rates lower to avoid a financial crisis with the risk of inflation, declining confidence in rising debt levels, and ongoing market bubble. Which is why I would be thinking of re-establishing a long Gilts position to benefit as rates come down – but then… if markets do explode will central banks continue to hold rates negative? Probably safer in Gold?

I simply don’t know… So I asked some random porridge readers (actually a selection of fairly smart, senior, clever folk who know markets..)

There were some brilliant responses – one of which was a prediction the Aliens will shortly be in touch apologising for the virus thingy, explaining it was just a lab error on this experiment they are running called Earth.

Another immediate response was “Go Big and Go Green”, but to be fair that’s from a guy financing green infrastructure deals in the US with a very innovative secure funding structure. (*Innovative and Secure: ie, not Greensill.)

A more common response was one of bafflement and attempting to ride the current roller coaster. A recurrent strategy is “halving” – investors lacking any real conviction in whether a stock sector or market is a bubble or set to roar higher, a common answer is to sell half, and hold the rest to wait and see what happens.

However, others see bargains out there: in cheap sub-prime junk bonds a bit of yield is better than loss making stocks. Meanwhile, unloved stocks that fail ESG tests – the bad boys in gaming, oil, tabaco and defence are outperforming the ESG dull and boring angels.

A surprising number of respondents have been braver than I and actually got into Bitcoin. That’s probably worth a behavioural science paper. I’ve noticed a few chums become rather staunch in their bitcoin belief recently. In all cases they are new converts, recent holders, who have been persuaded in by the “increasing adoption” of Bitcoin and Etherium by leading investment banks and major funds.  To suggest they might be talking their own book in support of Bitcoin was greeted with screams of heresy.

A smarter reader suggested China will be key to Bitcoin’s demise: doing the blindingly obvious environmentally thing to shut down Bitcoin mining as energy wasting, regulate it out of existence, and effectively drag other central banks behind it. (Personally.. anyone who thinks Bitcoin is new money and anything but a massive speculative gamble on the stupidity of others to accept that its somehow better than gold… needs to see a shrink urgently. But, your call.)

A large number of respondents were completely flat on the bond markets – having exited early. But someone must be buying bonds.. oh.. Central banks.

There is an old adage about Sell In May and Stay Away, and two respondents referenced it, both expecting this phoney market to stagger on with maybe a few peaks and troughs before the whole thing gives up before summer. Others point to the “recovery” in China being massively exaggerated ahead of this week’s grand plenum meetings to set the next 5 year plan. The reality may be a much weaker China economy that’s been crippled by weakness in the West. This morning China announced a 6% growth target.

Its clear there is something of a rotation from aggressive tech valuations toward sustainable fundamentals. Being aware of reality and separating what will happen from might happen is critical. Think about things we can’t do without, and what are the fripperies. Get Fundamental.

What amused me most was Greensill being described by one reader as “just the first roach to be crushed”. The rest…? Their time is coming.

Is Plinko The Best The Fed Can Do?

Did You Make Janet Yellen Rich?