It is now over a year since the coronavirus outbreak began in China, and yet again a team of World Health Organisation investigators has been denied access to the country to investigate where it came from. 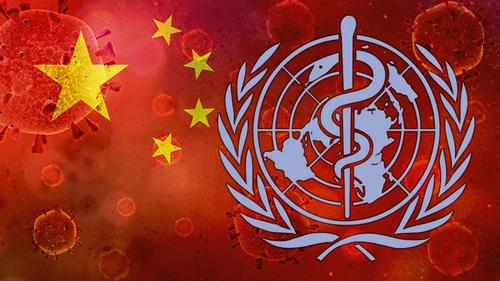 Ten WHO officials were due to enter China this week to finally begin investigating, with a promise to look into the Wuhan Institute of Virology as a potential source of the pandemic.

However, the team were denied entry due to visa issues, according to WHO’s emergencies director Michael Ryan.

Tedros Adhanom Ghebreyesus, the head of the World Health Organisation announced that he is “disappointed” that the Chinese government has once again blocked the investigators from entering.

“I have been assured that China is speeding up the internal procedure of the earliest possible deployment,” Tedros said, adding “We’re eager to get the mission under way as soon as possible.”

Chinese foreign ministry spokesperson Hua Chunying told the BBC “there might be some misunderstanding” and “there’s no need to read too much into it”.

Yeah, OK, and they also have a bridge for sale.

Top epidemiologist Knut Wittkowski says that the massive drop in influenza cases can be attributed to the fact that many are being falsely counted as COVID-19 cases. Wittkowski, former Head of Biostatistics, Epidemiology and Research Design at Rockefeller University, cautioned that, “Influenza has been renamed COVID-19 in large part.”

Chinese officials previously refused to confirm any dates for the arrival of the team, and it is blatantly obvious that they are unwelcome in the country, with the government continuing to silence whistleblowers, and even imprison journalists.

The WHO previously complained that it had ‘not been invited’ by China to investigate the outbreak, and has continually been criticised for propping up Communist Party talking points.

A previous WHO “scouting mission” to China over the summer saw a team of investigators arrive in China, but fail to even visit Wuhan.

“It is another disturbing incident of the WHO – which is charged with safeguarding global public health – putting the political sensitivities of a member state above the public health interests of the world”.

In August, the WHO announced that it would not be visiting the Wuhan Institute of Virology during its investigation into the origins of the coronavirus, despite repeated calls by experts that it should be seriously looked at.

The health body then did an about turn and said it would actually be visiting the lab after all, after a backlash ensued.

Yet, the investigation STILL has not gotten underway, close to a year after the outbreak began.

The WHO notoriously repeated Chinese claims that the coronavirus was not being transmitted between humans as late as mid-January last year, as the pandemic spread around the globe.

Preliminary investigations conducted by the Chinese authorities have found no clear evidence of human-to-human transmission of the novel #coronavirus (2019-nCoV) identified in #Wuhan, #China🇨🇳. pic.twitter.com/Fnl5P877VG

The health body only reversed its rhetoric when officials managed to get into China and were told by health workers there that the virus was spreading rapidly.

As we have documented, the WHO merely parroted China’s claims, until it was able to send a team to Wuhan on January 20th, whereupon a medical worker immediately told the organisation that the virus was contagious in humans. Even then, the WHO did not declare a pandemic until the 12th of March.

The WHO had blocked doctors from urging countries to impose border controls to stop the spread of coronavirus and repeatedly told countries not to close borders, despite this being an effective way of controlling the spread of the virus

China has lied and lied and lied about the extent of the outbreak in the country, attempting to cover up every detail, and even to profit from restricting exports of personal protection equipment.

Now, the OECD has revealed that China is set to enjoy a post-COVID economic recovery that outstrips every other major country, most of which will see debilitating drops in their GDP.

As we reported this week, top US National Security officials still believe that the most credible theory on the origin of COVID-19 is that it escaped from the Wuhan laboratory, with a whistleblower from the Wuhan institute recently providing more information to the US team.

It previously emerged that the Wuhan lab had held a coronavirus sample that was 96.2 per cent the same as Covid-19 for almost a decade. This prompted the speculation about the origin of the virus.

Several prominent researchers and scientists have also noted that the lab must be investigated given this fact.

In addition, previous reports have suggested that the Institute took a shipment of some of the world’s deadliest pathogens just weeks before the outbreak of the coronavirus. It is also known that the lab was tampering with natural pathogens and mutating them to become more infectious.

Intelligence figures across the globe have also called for the Wuhan lab to be investigated.

Chinese virologists recently fled Hong Kong and effectively defected to the West, with evidence against the Chinese Communist Party concerning its role in the COVID-19 pandemic.

The Wuhan lab director has complained that scientists at the facility are being made scapegoats in the wake of the coronavirus pandemic, and that the lab has been unfairly made the centre of dangerous ‘conspiracy theories’, following US intelligence suggestions that it could have been the origin for the viral spread.

The Lesson of 2020: What’s the Point of Pointing Out the Hypocrisy?