Authored by Gordon Chang via The Gatestone Institute,

China believes it is on track to take over the world.

At the ongoing “Two Sessions” in Beijing, the Communist Party has publicly told us how it will accomplish its ambitious goal. If the Chinese ruling party succeeds, the rest of the 21st century will be painted only in shades of red.

Fortunately, America is beginning to mobilize itself. Americans, however, need to act, immediately. Tech is the real arms race of our era.

On March 5, at the annual meeting of the National People’s Congress, China’s rubber-stamp legislature, Premier Li Keqiang announced the 14th Five-Year Plan, which begins this year.

Moreover, Beijing is also talking about the Sci-Tech Innovation 2030 Agenda and the Long-Range Objectives Through the Year 2035. Officials are silent when it comes to Xi Jinping’s now-notorious Made in China 2025 initiative — the plan is on its face a violation of the country’s trade obligations — but there is no question that the effort remains underway nonetheless.

China is going all-in on what Wang Zhigang, the head of the Ministry of Science and Technology, called the development of a “new ecology” for innovation. In that ecology, China has been able to lead the world in important areas, such as “unhackable” quantum communications. Moreover, the country is not far behind — if it is behind at all — in quantum computing and artificial intelligence.

China’s recent progress has been impressive. A decade ago, Beijing was not considered a tech contender.

There should be no surprise how Chinese leaders made their regime a technology powerhouse. In addition to theft, they adopted a determined, methodical and disciplined approach to developing their own innovations. Beijing’s efforts to master key technologies have been massive, state-directed and government-funded.

Government funding has been China’s key tactic. The 7% figure of the 14th plan comes on top of a massive increase in tech spending in the last half decade. Ye Yujiang, the head of basic research at the Ministry of Science and Technology, just announced that China’s spending on basic research nearly doubled during the just-completed 13th Five-Year Plan.

Beijing’s effort depends on large, top-down projects. Take the National Laboratory for Quantum Information Sciences, a multi-billion-dollar facility spread over 86 acres in Hefei, the capital of Anhui province. It is the world’s largest quantum research lab.

The concept is to bring all Chinese researchers to a single location. Some, questioning the idea of a national lab, think it is not a good idea to concentrate the nation’s quantum work in one place. Others believe the “enormous bet” on quantum research is not smart in the first place because it draws funding from other crucial fields. Nonetheless, the lab is now China’s hope for quantum. “This may sound a bit old-fashioned, even Soviet-style, but it can give China a chance to win the race,” said Guo Guoping, a professor at Hefei’s University of Science and Technology of China.

As a practical matter, the U.S. government has not paid much attention to the development of tech in recent decades. For one thing, that is not America’s current style. U.S. tech efforts this century have been diffuse, and many people favor the hands-off approach. As Chris Fall of the Department of Energy’s Office of Science put it to the Washington Post, “The beauty of how we do science in this country is that it isn’t top-down.”

Americans companies such as IBM and Google have led the world in key areas, such as quantum computing, without significant federal support. Yet in building the world’s 5G networks — the fifth generation of wireless communications, which will permit an unprecedented connectivity of devices — the let-the-market-do-it approach has been close to a total failure. There are, for instance, no American companies that compete with China’s Huawei Technologies, which President Trump in August 2019 labeled “a national security threat.” 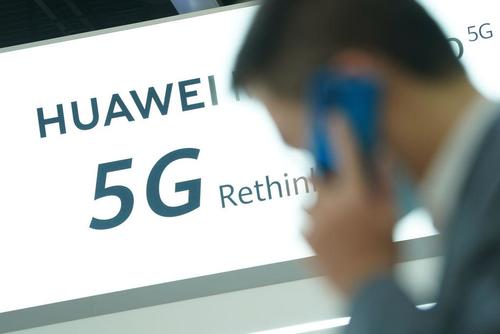 As Eric Schmidt, the former Google chief executive and now chairman of the National Security Commission on Artificial Intelligence, declared in Senate testimony in February, “The threat of Chinese leadership in key technology areas is a national crisis and needs to be dealt with directly, now.”

In this crisis, the U.S. is going to have to adopt a whole-of-society approach. “We need academia, we need industry, we need traditional defense contractors, we need the technology companies, and we also need small business,” said Steve Chien of the Jet Propulsion Laboratory. Chien also served on the AI commission, which just released its 756-page report.

In short, the U.S. to compete is going to have to ditch “free-market fundamentalism” and go into the business of tech creation. We need to start a series of “Manhattan Projects” — and fast.

Washington is no stranger to top-down efforts, such as the rapid mobilization during World War II, the 1960’s race to the moon, and the building of the Interstate highway system. Unfortunately, the free market cannot meet the emergency the country now faces. China’s approach is working, and America has to move fast.

The United States, Brandon Weichert, the author of Winning Space: How America Remains a Superpower, told Gatestone, needs to invest at least $1 trillion and preferably more into tech.

Many concur. David Goldman, the deputy editor of Asia Times, recommends restoring federal R&D to Reagan administration levels. That translates into an additional $200 billion a year of such spending. “The Biden administration,” he told this site, “has said a lot of the right things about the need to maintain America’s technological leadership, but it is asking for $1.9 trillion of helicopter money for economic stimulus and very small amounts for the kind of tech investments that raise future productivity.”

Americans, Weichert says, perceive innovations “as nothing more than fanciful exotic technologies that one is likelier to see in the next iteration of Star Trek than in the real world.”

The Chinese, he says, “dare to dream because they recognize that bringing these dreams to reality in China will ensure that the Communist Party survives, thrives, and writes the rules of a new world order.”

Next Target — Freedom of the Press: Ocasio-Cortez Says Congress Will Look into Initiatives to “Rein In Media” and Unapproved Press Reports