China’s Communist government has launched a new app that encourages citizens to report dissidents for expressing “mistaken opinions” on the Internet. 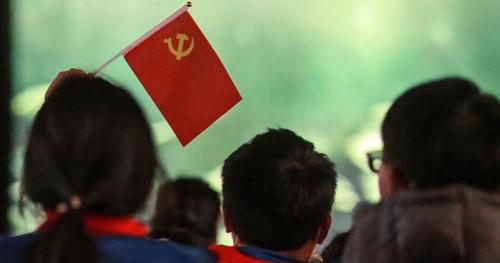 The new platform will target anyone who criticizes the dictatorship’s ruling CCP, disputes the official version of the country’s history or engages in “misinformation.”

The new website and app was proudly unveiled by China’s Cyberspace Administration of China (CAC), with authorities calling on users to play an “active role” in helping to identify “malicious people distorting facts and confusing” others.

“For a while now, some people with ulterior motives…have spread historically nihilistic false statements online, maliciously distorting, slandering and denying Party, national and military history in an attempt to confuse people’s thinking,” the announcement said.

“We hope that most internet users will play an active role in supervising society…and enthusiastically report harmful information.”

As Didi Rankovic notes, “It’s also unsurprising because it comes ahead of the 100th anniversary of the founding of the Chinese Communist Party (CPP), when messages and narratives will have to be kept particularly “clean.”

China already operates an onerous social credit score system that bans people from using transportation and engaging in other basic functions of society if they commit minor infractions like jaywalking or buying too much junk food.

Given that social media mobs in the west, routinely aided by journalists, already conduct witch hunts that lead to people being socially ostracized, deplatformed and left unemployed for expressing “mistaken opinions,” are we really that better off than Chinese dissidents?

China Locks Down Border City Of 3.6 Million As COVID Flares Amid Winter Games