It would appear global equity markets are testing the will of the world’s central bankers… one by one. 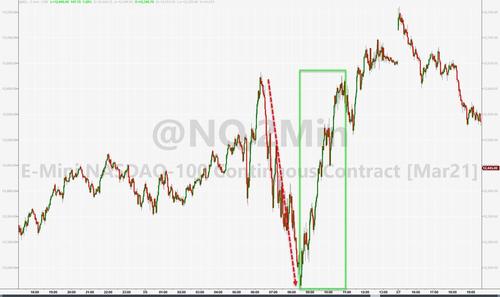 And tonight, after we tweeted the following…

In theory a continued collapse in the QQQ will crash the S&P, DJIA, and everything else.

In practice, the Fed will never allow it. We are within 2-3% of the Fed’s red line for QQQs 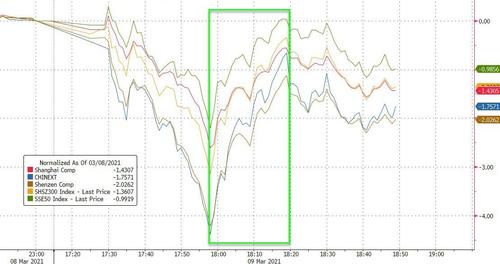 …just as the big-cap CSI-300 accelerated beyond a correction… 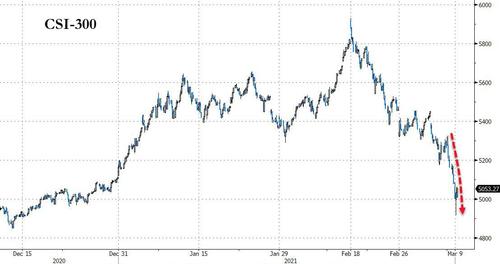 Bloomberg reports that Chinese state funds intervened to alleviate declines in the stock market as a rout showed no signs of slowing.

State-related funds are stepping in to ensure market stability during the government’s key policy meeting in Beijing, according to people familiar with the matter. A Hong Kong-based trader said clients linked to mainland funds were actively buying shares through stock links with Hong Kong on Tuesday.

It has been a few years since the so-called “National Team” has been seen in Chinese markets. In 2016, one analyst noted:

“The ‘national team’ is very deeply involved, and its main purpose is to prevent the market from moving up or down too extremely. Sometimes when the market looks set to break out and you buy shares to wait for them to rise, the good momentum would suddenly stop.” 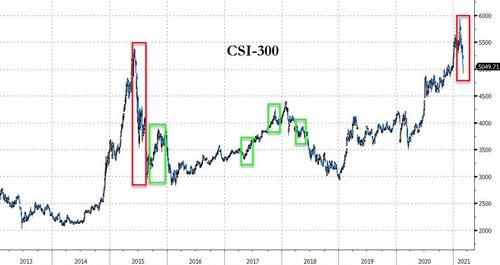 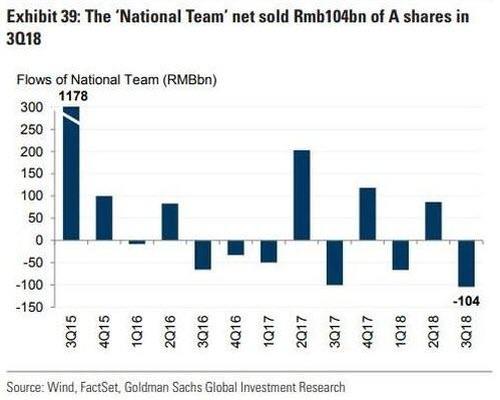 Will it be The ECB’s turn tomorrow? Or was that what sparked the sheer panic-buying in Europe today also? 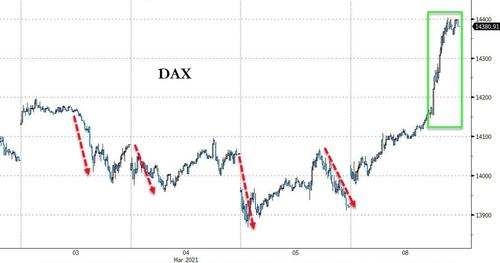 Just how much “whatever it takes” are they willing to do?

Can Las Vegas Recover From COVID?

These Are The World’s Most-Searched Consumer Brands