China Seeks Military Base On The Moon In Next Decade: Report

A new report in Newsmax argues that “When it comes to the next phase of space exploration, China has its eyes on domination, placing the U.S. in danger of losing its superiority in technology, economics, and world power.”

Multiple foreign policy thinkers and China watchers say “The dramatic new space race includes China’s plans to establish a military base on the moon within 10 years,” according to the report. Though during the historic space race of the 20th century China was far behind the US and Soviet Union, Brandon Weichert, author of the book “Winning Space: How America Remains a Superpower,” maintains that currently “China wants to have a lunar colony by 2028 and a military base on the moon by 2030.” 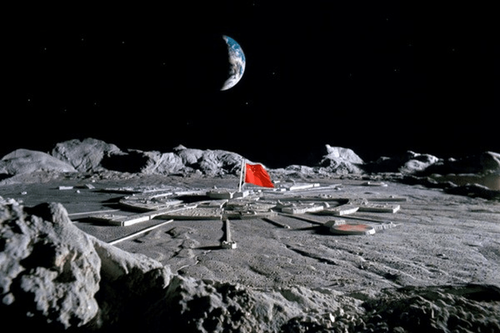 The report concludes further that “NASA does have a plan to return to the moon via its Artemis program, but it is open to other nations. Experts also worry it won’t be a priority under a Joe Biden administration.”

Weichert along with other apparent China hawks cited in the report claim that Beijing is intent on militarizing space while US plans to counter this are much less defined and behind in preparation, also as US satellites could come under threat, considering further that anti-satellite weaponry is already advancing by US rivals Russia and China.

“The biggest issue we are going to need to contend with is averting a space Pearl Harbor,” Weichert said, pointing out that the U.S. relies on satellites more than any other country in the world and has done little to defend them from a possible attack. “China and Russia have been developing counterspace strategies that are meant to deny America access to satellites.”

Adding to this, the report cites China commentator Gordon Chang, author of The Coming Collapse of China, to lay out further:

In the near term, he said China or Russia could use space as a “first strike area” by knocking out satellites as a prelude to attacking the U.S. or its allies on the ground. If the U.S. is deprived of its technology and loses communication with its allies, he said the Russians could easily carry out an invasion of the Baltics or the Chinese an attack on Taiwan in a “nightmare scenario.”

“We have an economy and military dependent on satellites,” Chang said. “We could lose the next war within the first 10 minutes of a conflict if they take down our space assets.”

They are arguing that the US urgently get back into establishing a firm presence on the moon in order to safeguard its resources and prevent something like a Chinese military colonization scenario.

Of course, it remains that the alarmism is based mostly on heavy speculation as to China’s near and long-term intent. The reality remains that when it comes to space, all others are far behind America’s proven capabilities, meaning generally that if US defense leadership senses others are closing the gap it can more easily act at any point.