Authored by Andrew Chen via The Epoch Times,

China’s geo-political ambition in the Arctic is posing a growing threat to Canadian interests, a top Defence official warned. 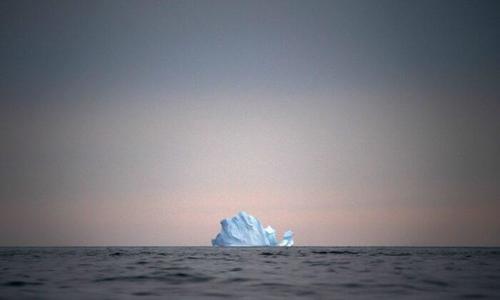 Defence Deputy Minister Jody Thomas told the Ottawa Conference on Security and Defence on Wednesday that as melting ice opens up the Arctic Ocean, Beijing has set eyes on the Northwest Passage for new shipping routes and resource extraction, including fish, fossil fuel, and minerals.

“We should not underestimate at all that threat of resource exploitation in the Arctic by China in particular,” Thomas said, according to a Globe and Mail report.

“China has a voracious appetite and will stop at nothing to feed itself, and the Arctic is one of the last domains and regions left and we have to understand it and exploit it and more quickly than they can exploit it,” she said.

Last December, Ottawa blocked a Chinese state-owned company from taking over a Nunavut gold mine, which would give Beijing a stronger foothold in the Arctic. David Harris, a former contractor with the Canadian Security and Intelligence Service, previously told The Epoch Times that a deal with China would have posed serious security and economic threats to Canada.

Beijing’s aggressive moves to control rare-earth minerals—material that is crucial for the high-tech and military industries—and its plans to seize minerals in Canada’s northern region prompted the United States and Canada to develop a joint strategy last year to reform the global critical mineral supply chains and reduce reliance on Chinese exports.

Thomas also said Canada has sent a message to China by deploying warships to the South China Sea, where Beijing has in recent years been actively seeking military and geo-political dominance. The South China Sea is also vital for global shipping and commerce.

“The deployment of the Navy in particular to the South China Sea is one of the messages that can be sent,” Thomas said, Globe and Mail reported.

“[The deployments] are about the rules-based order and freedom of navigation, the freedom of the seas and the fact we will not be bullied into changing the geography of the world.”

“A lot of people wonder why we care about the South China Sea. It’s because the geography of this planet has been changed and we have allowed it to happen,” she said.

Thomas said Russia’s activities in the Arctic are also troubling. Last month, Russia launched a space satellite to monitor the Arctic climate, as the country seeks to develop the energy-rich region. Russia has also built military bases in their Arctic region.

“Nobody would invest the kind of money in building up the military capacity in the Arctic without reason, intent, or purpose. We should not be naive about that. It doesn’t mean it is immediate—but it is there,” Thomas said.