China’s Ministry of Finance has officially asked Deloitte to conduct an internal investigation after a Beijing employee anonymously went whistleblower and alleged auditing violations, according to China Daily.

“The PowerPoint, which also circulated on social media, cites incidents between 2016 and 2017 involving 10 clients. The clients include New York-listed RYB Education, a kindergarten chain operator marred by a child abuse scandal in 2017 involving the prosecution of 77 employees; China Boqi Environmental Holding; and state-owned logistics company Sinotrans,” according to Nikkei.

The Ministry said “it takes the allegations very seriously and immediately called a meeting with the auditor’s leadership,” according to the report. It says it will work together with other authorities to investigation the allegations in the slides with a “zero tolerance” policy. The China Securities Regulatory Commission will also launch a probe into the incident “as soon as possible”. 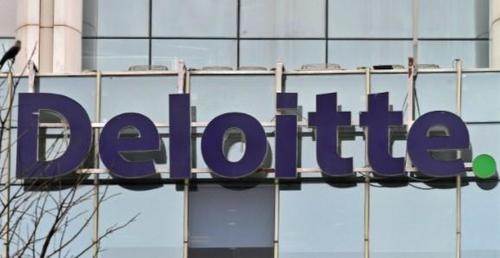 The China Securities Regulatory Commission will seek to “maintain the rigor and reliability of auditing firms”, China Daily wrote. The article then goes on to take the stance of blaming the U.S.’s big four auditors for enabling Chinese fraud on American exchanges:

For too long, Chinese companies listed in overseas markets have been employing the services of the “big four” auditing firms－namely Deloitte, Ernst& Young, KPMG and PricewaterhouseCoopers－because they are regarded as more authoritative, professional and reliable.

If Deloitte is found guilty of the charge, it should alert market watchdogs to the possibility of the case being only the tip of the iceberg of the malpractices of these big auditing firms. Prestige is not necessarily a guarantee of integrity when it comes to money.

Deloitte has said it “has investigated the complaint but didn’t find any evidence to suggest the adequacy of its work was affected.” It also said “it reserved the right to take legal action on the spread of false information about Deloitte.”

But if China really wants to “investigate”, we have an idea of where they can start…

“GSX’s auditor, Deloitte Touche Tohmatsu, was the same auditor that was used in Citronexposed frauds Longtop and China Media Express. The Deloitte partner that has been in charge
of GSX’s audit is Li Li Shan who has a questionable track record.”

While it is a welcome (and hilarious) chapter to the U.S. listed China-based fraud story to suggest that China may wind up cleaning up these companies before the U.S. does, we are still skeptical. We feel like we’ve seen the CCP “whistleblower” story play out before.

And from what we can remember, the only question it begs is: how long will it be before the Chinese government simply claims all is well and the whistleblower is thrown in jail?

Turkey: From Europe With Love