Could there be trouble brewing in Elon Musk’s communist paradise?

For months, we have been raising the question of when Tesla’s China fairy tale may come to a screeching halt. Now, it looks like we may be one step closer to the inevitable honeymoon ending.

That’s because, in a stroke of ultimate irony, Tesla vehicles have now been banned from Chinese military complexes and housing compounds due to “concerns about sensitive data being collected by cameras built into the vehicles,” according to Bloomberg.

The order was issued by the Chinese military and directs Tesla owners to park their vehicles outside of military property. China has concerns that Tesla is “collecting sensitive data via the cars’ in-built cameras in a way the Chinese government can’t see or control”. Images of a purported notice of the ban were circulating on Chinese social media, with the notice proclaiming that cameras and ultrasonic sensors in Tesla cars may “expose locations,” the report notes. 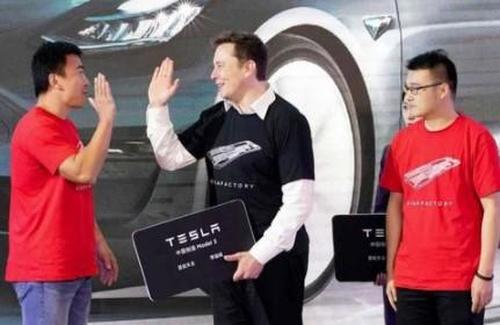 Musk had previously noted that Tesla’s internal camera was “for when we start competing with Uber/Lyft and people allow their car to earn money for them as part of the Tesla shared autonomy fleet.”

Not only has China’s attitude toward Tesla been shifting, but recent commentary from the country’s top ambassador – including accusing the U.S. of human rights abuses and provoking other countries to “attack China” – may be telegraphing that the country’s attitude is becoming more hostile to the U.S. in general.

Neither Tesla or China’s Defense Ministry commented on the story.

Recall we’ve covered the China risk to Tesla’s business in our piece suggesting that Elon Musk’s Chinese fairy tale could eventually come to an end. We also noted that, to date, Musk has been able to sidestep some ugly press in China, including out of control Tesla vehicles, forced recalls, constant price cuts and disgruntled customers.

That era looks like it could be coming to an end.