As if China hasn’t had enough fun at the expense of U.S. capital markets over the last 20 years, it’s now being reported that China’s biggest ride-hailing company, Didi Chuxing, is considering a New York IPO that would value the company at at least $100 billion.

Didi has (of course) also discussed going public through a SPAC, which could be difficult given its immense valuation, Reuters reported.

Didi is aiming to raise about $10 billion by selling 10% of its shares. It would dwarf Alibaba as the largest Chinese IPO in the United States ever. The company is also reportedly considering a listing in Hong Kong alongside of its listing in the U.S., a source said. 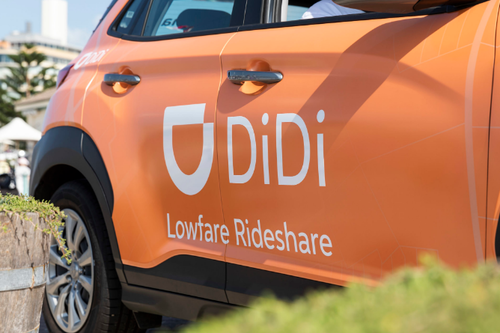 Didi was fined in Shanghai in 2019 for using unlicensed vehicles multiple times throughout the year. The company then launched a campaign to improve safety for passengers, the report notes.

Didi’s domestic competitor in Hong Kong, Dida (yes, that is its actual name), has been dealing with scrutiny from the exchange since trying to list last October. The exchange is asking about “business compliance” and has held up the go-public process. It would be nice if U.S. exchanges did similar due diligence, wouldn’t it?

Didi was previously valued at $56 billion in 2017 and $60 billion about a year later. Reuters reported that some of its shares were sold at a valuation of $50 billion before Chinese New Year last year, in private trades.

The IPO in the U.S. could happen “as soon as second quarter”. Last year, China-based companies raised $12 billion in U.S. listings. This was more than triple the amount they raised in 2019.

Are We Still Allowed To Ask Questions?

“Convexity Is Always Lurking” – Here’s How Credit Suisse Managed To Lose $4.7 Billion In The Archegos Debacle