Citigroup’s ongoing legal crusade to reclaim some $500MM that was part of an accidental $900MM transfer to a group of Revlon lenders. As we have reported, a group of the lenders who were frustrated with Citi’s enabling Ron Perelman to strip assets from Revlon that they felt should remain with the company so they could be factored into what’s looking like an increasingly inevitable bankruptcy filing for the struggling cosmetics giant.

Citi’s latest step in the process of appealing a ruling – handed down by a US District Court Judge in New York judge last year, that the funds were legally entitled to keep the money due to a quirk in the state’s laws – involves trying to convince a judge to freeze the roughly half a billion in funds outstanding, currently in the possession of asset managers including Brigade Capital Management, HPS Investment Partners and Sympthony Asset Management. They are among the 10 asset managers sued by Citigroup last summer. 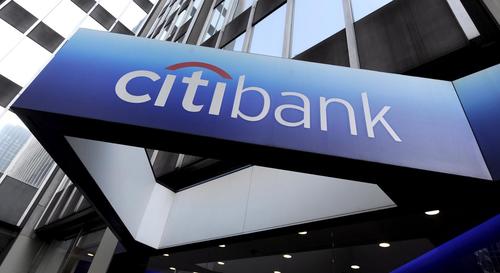 But the plot thickened Friday when a lawyer for Citi dropped a bombshell revelation in court: Citi, the lawyer says, has become aware that a rival bank had made a similar “fat finger” error and transferred an even larger sum to a group of Revlon lenders – just as Citi had – in error. The lawyer, Neal Katyal, made the surprise revelation at a hearing in which the bank is urging the judge to extend a freeze on more than half a billion dollars it accidentally wired asset managers for the Revlon creditors last summer, Bloomberg reports.

The lawyer didn’t identify the lender, but the options are limited to Citi’s syndicate rivals. Citigroup served as an administrative agent for a Revlon debt offering from the summer of 2019. Before the fat finger fiasco, the asset-manager-creditors had pushed Citi to resign as agent on the deal, which the bank refused to do. A struggle ensued over allegations that Revlon and Perelman’s asset transfers represented a technical default on the loan.

For context, “fat finger” errors like Citi’s aren’t exactly unheard of. Deutsche Bank once mistakenly sent $35 billion out the door in a back-office mistake. At the time, that amount was equivalent to roughly double the firm’s market cap. If the fat finger the lawyer for Citi cited truly is substantially larger, then it would likely be more than $1 billion, as Citi initially transferred $900M but managed to recover nearly half of that.

The asset managers, who claimed the money was owed to them as part of a Revlon dividend payment withheld by the bank, are arguing that the injunction on the money should be lifted since they have received exactly what they were owed, and should be free to spend it as they wish. Judge Jesse Furman, who handed down the ruling last year, has allowed a temporary injunction to remain in place while the appeals process plays out, but the two sides are now arguing over whether it should be extended. Furman ruled that the asset managers shouldn’t have been expected to now that the transfers were made in error.

Citi has also sought to exert pressure via extra-legal means: the bank has reportedly cut out the intransigent asset managers from all future deals.

Pound Climbs As Negotiators Claim Post-Brexit Trade Deal Within Reach, But “No White Smoke Yet”

Futures Rise For 8th Day In A Row, Hit All Time High Ahead Of CPI, Powell