Financing an innovative low-carbon economy is one of the defining challenges of our age, as Bill Gates argues in his new book. Energy transition will require $3.5 trillion annually — for decades. As we emerge from the pandemic, defining what counts as a green investment around the world will take on even greater significance. It’s crucial to ensuring we really do create a better future from this crisis and avoid falling into the greenwashing trap. 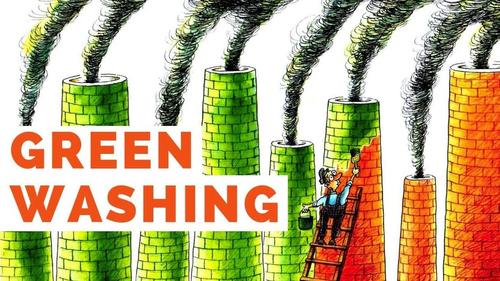 In the race to net zero, the European Union should have a head start in setting those standards given many years of investor interest. Its new rules requiring asset managers to disclose the environmental, social and corporate governance features of their funds started to take effect this month. But the bloc still hasn’t agreed on the list of categories and definitions of what’s green and what’s not – known as the green taxonomy – that’s supposed to underpin the effort, and to become a global standard.

Brussels has gotten bogged down in the details and a noble, but self-defeating desire to create an exhaustive, one-size-fits all solution. Debate over what should qualify as green, especially around gas, has become a political hot potato. Investors and companies are beginning to fret about how they will put into action technical guidance that runs to 593 pages so far. 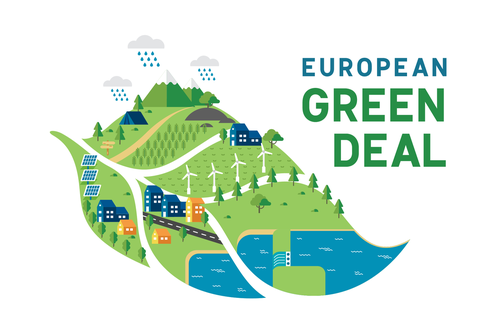 The green tape, if you will, puts the bloc at risk of being overtaken by a freshly emboldened U.S. And like with its botched vaccination campaign, the EU risks being upstaged by the U.K., which has moved ahead in mandating new climate reporting by companies based on existing guidelines.

A universal classification system feels intuitively appealing, but it’s extremely challenging to assess the sustainability of every economic activity and then apply the results consistently everywhere. There are good arguments for why a single green taxonomy is a bad idea, as Ben Caldecott, director of the Oxford Sustainable Finance Programme, argues. Even ratings agencies that score sustainability agree with each other only 60% of the time — compared to over 90% for credit ratings, according to an MIT Sloan School of Management study.

First, it’s too binary in supporting only what is the purest shade of green. Take green bonds, an increasingly important way to fund energy-efficient real estate at attractive rates. They’ve flourished under private-sector standards set by the International Capital Market Association and Climate Bond Initiative. These use the top 15% of housing stock in each country as a proxy and look to tighten it over time. By contrast, the EU proposals would only permit the 1% of properties to have an “A” energy rating certificate — against the advice of the Commission’s own expert group.

As a result, almost all European green bonds would fail to make the cut, potentially closing the market at a stroke. Without major changes to the standards, even the EU’s pandemic recovery fund probably wouldn’t be able to issue the 250 billion euros ($300 million) of green bonds it has earmarked.

Second, the methodology is, by turns, too strict and too broad. A fifth of the revenues generated by companies in the Euro Stoxx 50 index are broadly aligned to the EU taxonomy’s principles, but only 2% could be considered as strictly aligned, a study by ISS ESG found. Not even all forms of renewable energy are considered green enough: Wind is in, but hydropower is not, to the frustration of the Danes and Swedes. Elsewhere, the responsibility to “Do no significant harm” raises legal issues around the due diligence to vet such a sweeping commitment.

Third, there’s no category for firms in transition. Yet it’s incredibly important to understand how firms are adapting and to incentivize them to move in the right direction. To achieve that, many green ratings advisers use a more nuanced color-coding system. Static binary standards will not serve the economy or investors well.

As a result, the EU green taxonomy is not going global in the way Brussels had hoped. As countries race to establish green investing frameworks, most acknowledge the EU principles, but then shape their own far simpler ones drawing on established building blocks. Most recently, Singapore proposed a systemto encourage transition with a ratings spectrum across red, amber and green.

When Securities and Exchange Commission Acting Chair Allison Herren Lee created a climate and ESG finance task force to prosecute misconduct and embraced a new sustainable standards initiative from the International Organization of Securities Commissions, she emphasized the need for creating a regime that’s flexible enough to keep up with the science and the markets.

The EU’s failure to agree on the taxonomy provides an opportunity for re-assessment. To keep ahead globally, it should prioritize improving company climate-related disclosures by building on existing frameworks. High quality, comparable data that allows investors, consumers, pressure groups and regulators to assess risks and hold companies to account is a powerful tool. The Financial Stability Board’s Task Force on Climate-Related Financial Disclosures has become the gold standard for reporting, and the bloc should follow the U.K.’s lead in mandating them for corporates and funds.

The bloc should use its head start to fashion workable standards and building blocks that can work across all jurisdictions. Some 18 central banks, following the Bank of England’s lead, have created exploratory stress tests for climate change of financial institutions. They will need robust data to do this. This is equally important for mainstreaming the inclusion of climate risks in credit ratings.

Finally, the bloc must develop a richer framework: “50 shades of green,” as former BOE governor Mark Carney, who’s working on climate finance reform for the United Nations, puts it. For instance, there’s interest in shaping portfolios along the UN’s broader Sustainable Development Goals. Care must be taken to avoid a regime that could disincentivize the development of a range of funds that cater to a wide spectrum of investor preferences.

For Europe’s Green Deal to succeed, it will need to channel the “bold, persistent experimentation” of Franklin Roosevelt’s New Deal. To keep the ambition intact and be a global role model, the EU must move away from a one-size-fits-all approach and shape disclosure standards to give a shot in the arm to sustainable innovation, finance and transition.

Huw van Steenis is the chair of the sustainable finance committee at UBS. He formerly served as senior adviser to Mark Carney at the Bank of England.

Microsoft, Google Abandon “Truce” As Tech Giants Turn On Each Other Amid Anti-Monopoly Push

77% Of Americans Are Worried About Soaring Inflation