CNN will no longer be broadcasted in airports, its president says, ending a decades-long run. 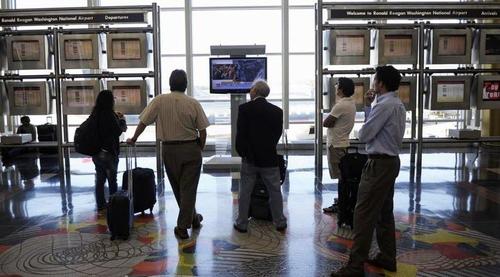 In a letter to staff members, CNN President Jeff Zucker said the CNN Airport Network will stop operations as of March 31.

“The steep decline in airport traffic because of COVID-19, coupled with all the new ways that people are consuming content on their personal devices, has lessened the need for the CNN Airport Network,” Zucker wrote.

Zucker said that the network “has kept millions of domestic travelers informed” and “became an iconic part of the traveling experience in this country.”

The monopoly in dozens of airports drew some pushback. Then-Rep. Steve King (R-Iowa) in 2018 offered an amendment to Federal Aviation Administration funding, prohibiting airport owners or operators and broadcast/cable television news networks from making agreements in which the content on airport television equipment is controlled.

“It’s time that travelers in airports were allowed to turn the channel on CNN,” King said in a statement about the amendment, which did not pass.

He added, “My amendment would allow greater broadcast choice for the nation’s travelers by eliminating CNN’s efforts to create an ‘airport monopoly’ through the use of agreements that restrict content to only its programs.”

We’re On A Highway To Hyperinflation

(PODCAST) Promising Treatments for Covid-19, and Answers About Natural Immunity