What kind of a euphoric mania could we really say we were in during today’s “woke” investing environment if the king of “woke” himself didn’t launch a SPAC?

While the Wallstreetbets euphoria has faded as GameStop dips under the $50 handle, one of the most apparent signs of an epic bubble has been unprecedented special-purpose acquisition company (SPAC) volumes. This month, baseball legend Alex Rodriguez filed for a $500 million SPAC called “Slam.” Now former quarterback turned social justice warrior, Colin Kaepernick, has also jumped aboard the SPAC train. 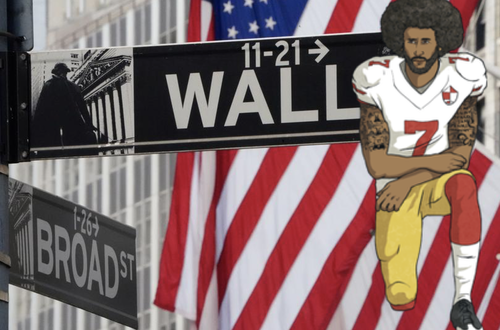 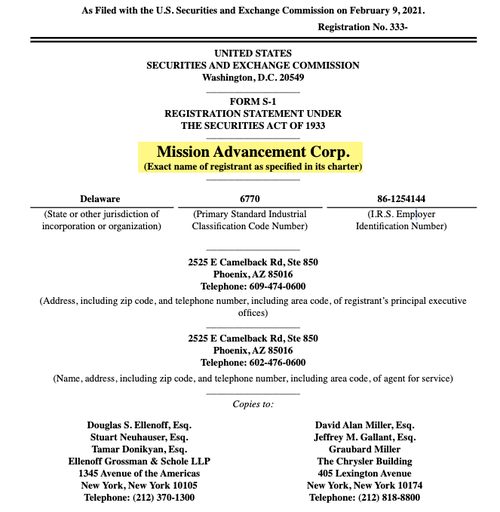 “We intend to target entities whose enterprise value is north of approximately $1 Billion with a focus on high-quality brands with scalable business models and a direct relationship with an established customer base in the United States,” read the SEC filing.

“Todays’ consumers live in a highly connected and digital world and they often interact with brands across multiple media channels, including direct-to-consumer websites and major social media platforms. Consumers respond to brands that build an emotional connection, as when they are buying a product, in many ways, they are buying “a story,”” the filing continued.

“In this environment, businesses can no longer afford to be faceless entities.”

Mission Advancement will be co-chaired by Jahm Najaf, who runs the private-equity firm Najafi Companies.

“The mission of the Najafi/Kaepernick partnership is to identify, acquire and advance a company with the aim of creating meaningful financial and societal value,” the filing said.

And forget about selecting a team with the best business acumen for investors, MarketWatch reports that Kaepernick will be picking his board of directors specifically by race and gender. And it appears no white males will be allowed:

As an indication of its mission, the company’s board of directors is 100% Black, Indigenous and people of color, and is majority female. Directors include Google marketing executive Attica Jaques, former Apple executive Omar Johnson and Birchbox co-founder and CEO Katia Beauchamp.

Kaepernick’s NFL career abruptly ended in 2016 as he transformed into a social justice warrior. He’s taken activism to the corporate world and has worked with Disney, Netflix, Electronic Arts, Audible and Ben & Jerry’s, and Beats by Dre.

If sports figures going crazy in the SPAC space isn’t the sign of a market top or one that is nearing. We noted Alex Rodriguez, whose SPAC called “Slam” filed for a $500 million initial public offering earlier this month.

Goldman Sachs told clients in a recent note about all of the SPAC excitement outlined in the four charts below. 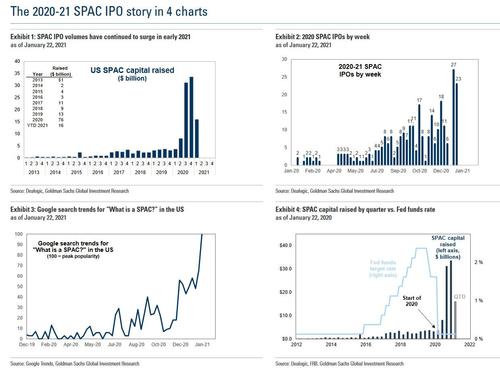 Meanwhile, billionaire real-estate investor Sam Zell spoke with CNBC on Tuesday and warned how SPACs reminded him of the “rampant speculation again, very much like the dot-com boom.”