Colleges and universities are dropping traditional entrance measures such as the SAT and ACT using Covid as the excuse. But that was the Woke trend anyway. 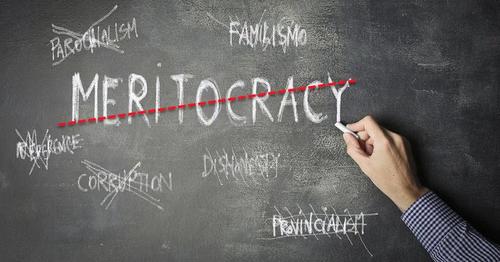 Want to get into college? Great, forget about grades, they don’t matter anymore as once highly selective schools are now a free for all.

Ivy League schools and a host of other highly selective institutions waived SAT and ACT requirements for the class of 2025, resulting in an unprecedented flood of applications and what may prove the most chaotic selection experiment in American higher education since the end of World War II.

With less focus on standardized tests scores, which numerous studies have shown are correlated with family wealth, that could mean accepting more low-income students from under-resourced high schools. Colleges say that without SAT or ACT results they’ll give greater weight to teacher recommendations and signs of intellectual curiosity, and judge candidates in the context of their environments.

The pandemic “is calling on us to walk the talk,” when it comes to thinking more broadly about assessing applicants, said Lee Coffin, vice provost for enrollment and dean of admissions and financial aid at Dartmouth College.

Mr. Coffin says he is conflicted about going test-optional. Seeing strong scores helps his team feel more confident that admitted students could cut it at the Ivy League institution. “It becomes a moral question,” he said. “I don’t want to admit someone who is going to struggle.”

What’s up with that? It should be Pass-Pass. Nobody should fail anymore.

Any teacher who gives a minority student a failing grade should be fired on the spot.

Better yet, just let kids should get to grade themselves. If that sounds crazy, it’s done at some schools.