Even after Commerzbank’s hoped-for merger with Deutsche Bank crumbled in part due to union leaders’ objection to the possibility that too many of their members’ would be made “redundant”, it looks like the German retail lender is moving ahead with a massive wave of job cuts.

While it’s not quite as large as Deutsche Bank’s massive round of layoffs, announced a couple of years back as part of Christian Sewing’s massive forced restructuring (one of the biggest rounds of bloodletting since Lehman), the cuts – announced by Commerzbank chief Manfred Knof – will eliminate 1 in 3 jobs at Commerzbank Germany. 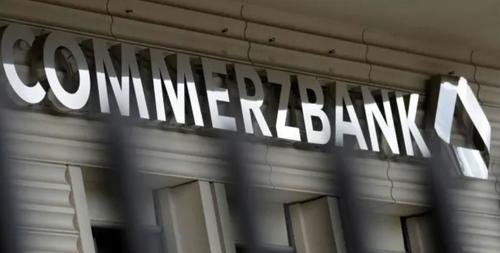 The FT described the cuts as a last-ditch effort to turn around the ailing lender, whose shares have dropped by 90% over the past decade. Last month, Commerzbank said it would book a €61MM ($74) charge-off related to restructuring costs in 2020 tied to the elimination of 2.9K.

On Thursday, Commerzbank declined to comment on whether those jobs were included in another job cut target, or whether they represent new, previously unannounced cuts. The Frankfurt-based lender confirmed the numbers in a statement to regulators published after Handelsblatt, the German newspaper, originally broke the story.

Speaking on the details of the plan, none spokesperson for the bank said “no decisions have been taken on any item of the strategy program,” said Commerzbank. The management board submitted a draft of the plans to the supervisory board, which will discuss it on Feb. 3.

Details will be unveiled at the bank’s annual meeting with the press next month.

Interestingly, Knof joined Commerzbank earlier this month after departing Deutsche Bank after Martin Zielke, the former CEO of Commerzbank, and Stefan Schmittmann, the bank’s former chairman, stepped down last year as Cerberus, the US private equity firm, continues to do battle with Commerzbank and Deutsche Bank as the firm continues to push for the creation of a new German “national champion.”

During the summer, Cerberus, a frequent critic of Commerzbank and DB, insisted that “swift and decisive action” was required to stop a “downward spiral” caused by bloated costs, low profits and “managerial inaction.” Cerberus also accused Commersbank of underperforming its European peers.

Now, the question is, which one of those peers might make a good partner (or buyer) for Commerzbank?