Consequences are unavoidable. Pension savers are crushed by interest rate repression and the changing demographics of Covid, while the deluge of debt fuelled by low rates does nothing for economic sustainability. 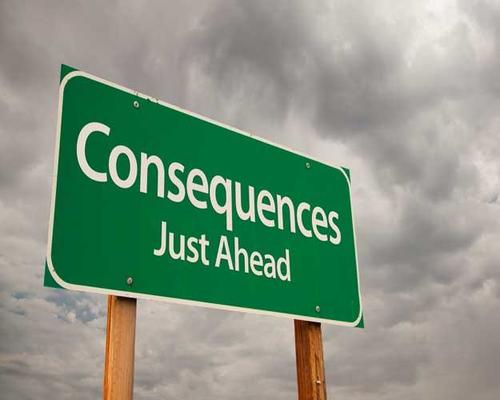 A few days ago my colleague, Mike Hollings, CIO of Shard, and I put together a vlog on shifting market conditions. I’ve known Mike for decades, and we both agree it’s the consequences of the last 13 years of monetary distortion (since the beginning of the Global Financial Crisis that began in 2007) that present the greatest long-term challenges for markets. (You should be able to see some highlights of our chat in the latest Shard Lite-Bite video later today.)

One of the issues we covered was the effect of repressed interest rates on savings – and how challenging these will be to the expectations of current pension plans. Sure enough, bang on time, there are two stories in the market this morning that throw our concerns into stark reality.

In this morning’s Thunderer, Simon Nixon writes about tumbling demographics as the pandemic baby boom fails to materialise. Data from Spain, France and Italy shows births were down 20.4%, 13.5% and 21% in December 2020 – the first month we’d expect to see pandemic births. Italian research suggests women have postponed planned pregnancies because of the virus. The result is 200,000 fewer Italians in a single year as deaths outpace births.

Declining has massive potential consequences if it plays forward: a 2% reduction in births globally will dwarf global Covid-19 deaths, and possibly bring estimated peak global population estimates forward from 2060 to 2050, meaning our kids are going to find fewer and fewer workers to support their retirement – the so-called dependency ratio. Fewer high-spending young adults changes the outlook for the high growth stocks backing our retirement assumptions. For instance, Apple are going to be selling less iPhones and few iTunes subscriptions, putting its current valuation metrics under pressure.

The situation in the UK could prove even more complex as up to 1.3 million migrant EU workers may permanently have left after Brexit – reversing the positive immigration metrics that have massaged the UK’s economic prospects for decades. It may mean the UK economy is less sustainable and resilient long-term. It’s not only the dependency ratio, but these lost workers will have the effect of pushing up the cost of labour demanded by the remaining labour force.

While highly trained NHS nurses are unlikely to switch jobs to pick up Turnips in Norfolk, it’s an issue the Government doesn’t seem to have considered when it made the economically sound, but politically stupid decision to cap NHS pay rises at 1%.

Meanwhile, the FT highlights the USS – the UK university pension scheme which services the defined benefits of 400,000 members. When it comes to the problems of the UK pension sector, you can pretty much guarantee the University Superannuation Scheme will always be top of the list. The last valuation of the USS by the UK Pensions Regulator shows a £18 bln funding shortfall. That will come as no surprise to any financial professional – when real gilt yields are negative, then generating the returns necessary to fund academics retirements are going to be significantly stressed.

The choices for the USS look bleak – necessitating much larger contributions from underpaid academics and cash-strapped universities. Already some of the wealthier institutions have exited. It doesn’t help that years ago the USS scheme was craftily utilised as a way of rewarding academics; by giving them early retirement on full benefits, and promoting staff at the end of their careers to ensure higher final salary pensions. The result is today’s working University staff have to contribute ever increasing amounts to pay their predecessor’s pensions – which sounds just like a variation on the classic Ponzi.

What’s happening in the troubled academic pension sector is happening on a much grander scale across the public sector where UK public sector pensions are set to consume an ever-growing slice of government revenues. The difficulties swirling around the USS are growing more difficult as the unions are determined to blame the valuation methodology rather than economic reality.

Solving the gathering pensions storm is going to prove an enormous political gordian knot – unsolvable in its current form, especially when no is prepared to acknowledge the causes.

The growing crisis for all pension savers is a direct consequence of interest rate repression. Since 2007 rates have been kept artificially low, and the consequences are coming home.

The most obvious consequence is that distorting interest rates distorts the price of every single asset class; from credit, equity, property and alternatives. Every asset prices off the risk-free rate – the most important being US Treasuries – but when these are artificially held low, then the price of every single other asset class on the planet is also distorted by relative pricing effects – exactly what has fuelled the stupendous inflation in financial asset prices since 2008.

Another consequence is mispriced risk – a fundamental misunderstanding of how artificial interest rates hide, magnify and distort risk assumptions. Ultra-low interest rates have enabled a deluge of new debt issued by corporates and government – which most people assume must be some kind of good thing.  Yet the consequences are massively increased fears about the unsustainability of burgeoning government debt in terms of monetary instability and declining confidence in fiat currencies, which has fuelled the ridiculous right-wing notion that independent cryptocurrencies are better than money – because they remove the distortions of government???

We’re seeing record issuance in the corporate bond markets being hoovered up by investors. Yesterday, American Airlines, which is losing $30mm per day just to keep the hanger doors open, was able to raise a $45 bln order book for a $10 bln debt deal, plus it’s pledged its customer loyalty programme to government in return for a further loan.

Record debt issuance in investment grade and junk credits are hopefully going towards recovery, but is more likely either keeping companies from insolvent collapse, or are being used for stock buyback programmes.

Until we fess up to the consequences – we won’t solve their effects.