Following a series of disappointments that has seen a string of would-be successors to Chancellor Angela Merkel rise and fall, Germany’s Christian Democratic Union, the dominant party in the country’s ruling coalition, has finally chosen a successor to the long-ruling Merkel. 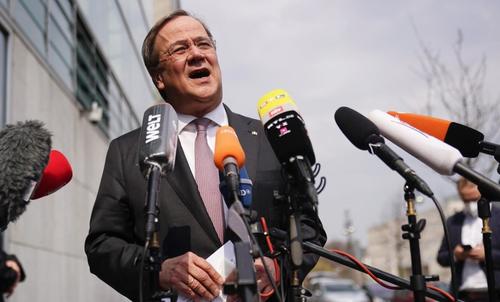 On Monday, Conservative Armin Laschet put an end to a messy standoff over the future of Germany’s most powerful political party when he clinched the nomination to run for the chancellorship, signaling that, after 16 years of Merkel’s centrism, Germany might be heading in a more conservative direction.

Laschet, who, as leader of the CDU, is firmly entrenched within the party establishment, fended off an upstart challenge by Markus Soder, the minister-president of Bavaria and leader of the Christian Social Union in Bavaria, which serves in a ruling coalition with the CDU.

With rising fears about the liberal “Greens” potentially stealing power away from the German political establishment, Bloomberg noted that By picking the 60-year-old moderate, Germany’s conservatives are “foregoing Soeder’s greater electoral appeal and making a potentially risky bet that Laschet will be able to lift his flagging poll numbers, even as the Greens close in.”

Outside the ruling coalition, the Greens already have the biggest presence in the Bundestag following the parliamentary vote in 2019. 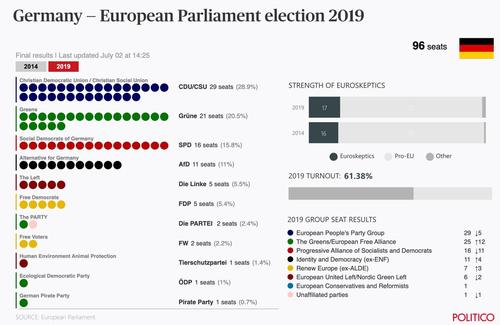 In a statement acknowledging Laschet’s victory, Soeder – never one to skimp on the dramatic flourishes – proclaimed that “the die is cast”.

“The die is cast: Armin Laschet will be the chancellor candidate of the Union,” Markus Soeder, leader of the Christian Social Union (CSU) Bavarian sister party of Laschet’s Christian Democrats (CDU) told a news conference.

“The CDU met yesterday and decided. We accept that, and I respect that,” Soeder said, ending a damaging rift in the CDU/CSU alliance known as ‘the Union.’ “I called Armin Laschet and congratulated him. I told him that we as the CSU accept it. We offered him our full support. We will support him without a grudge and with all our power.”

As for the Greens, Annalena Baerbock, a 40-year-old political scientist and foreign-policy expert, was named the party’s first official chancellor candidate on Monday. She called out the conservatives for all the “mudslinging” that has taken place during the contest so far.

As analysts try to parse what all of this means for the ruling CDU, Bloomberg pointed out that the fact that Germany’s dominant party wound up in such a mess with just five months to go to polling day is a testament to the difficulties of moving past the 66-year-old Merkel, who has governed for 16 years and dominated the CDU for a generation. 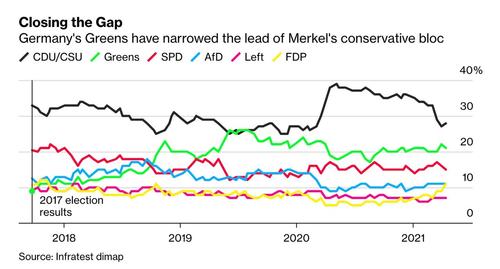 While it’s still on track to be the biggest party in the next parliament in the latest polls, the CDU-CSU is heading for its worst-ever result in a federal election and is facing a challenge by the Greens to become Germany’s strongest force. That leaves Laschet with little time and little margin for error.

Thousands Of Quakes Rock Iceland As Volcanic Eruption Could Be Brewing