Conservatives Should Learn From The Left

Authored by Heather Higgins via RealClearPolitics.com,

As the political right struggles to regroup after the horrible events at the U.S. Capitol, it should learn from the masters. The left has a consistent pattern when responding to terrible behavior by activists associated with their cause — from the widespread destruction and violence last summer during protests of police brutality to mobbing Republican senators during the Brett Kavanaugh confirmation hearings to the Bernie Sanders acolyte who opened fire at GOP members of Congress in 2017. 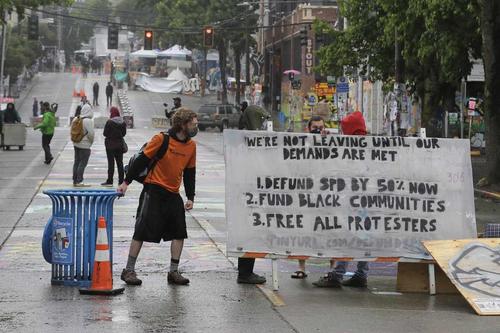 The left starts by driving the narrative that their protests or movements were mostly peaceful while amplifying participants’ concerns to give them legitimacy.

They downplay any violence, positioning it as nothing to do with them, a distraction from the cause. Having disassociated themselves from the bad behavior, they never act embarrassed.

Compare this to those on the right:

Everyone has unambiguously condemned the rioters in the Capitol, as they should. But many have fallen into the trap of accepting that they ought to be embarrassed, as though the rioters represented them, or even most Trump supporters, neither of which is the case. Nor have they defended the right to protest and the importance of recognizing and hearing concerns. Failing to do so has allowed the false equivalence between the rioters and the Trump supporters who were protesting to advance their concerns about election fraud, even though the vast majority of those in Washington on Jan. 6 were peaceful people who revere the Constitution.

The left has used those missteps to play a semantic game of expanding definitions and thus tar an ever widening circle. They start with the remarkable premise that there were no election shenanigans whatsoever, and consequently that it’s heresy to question rule changes or unrequested mailed ballots. Why? To label legitimate issues as merely a “fringe” contentions.

Over the course of a week we’ve watched this metastasizing of definitions — President Trump “should have known” what his statements would lead to became “he deliberately incited” the rioting. And assertions that “everyone should have known” was expanded to “everyone who supported Trump incited the violence,” which led to “those who were silent and didn’t oppose Trump are enablers” and — when you are on a roll, why stop? — that conservatives are nascent Nazis.

With blame comes punishment — not just deserved penalties for the rioters but threatened retaliation, starting with employment prospects, against the peaceful protesters, those who worked for the administration, and now even anyone who supported Trump and his policies.

They are also ratcheting up censorship of conservatives by de-platforming the president and tens of thousands of others, shutting down alternate platforms, and revoking book publishing deals, all by applying standards that magically do not pertain to others.

Most toxic is the assault on speech through redefinition — it is no longer what was said or intended, it is how it might be interpreted. That subjective non-standard gives an excuse to those on the left to define what constitutes permitted opinion, not just on this matter but a range of issues where disagreement will be labeled as dangerous.

The implications of that are dire. It will mean the left  can use social pressure against cowering corporations, and foundations, to cut off the oxygen of speech and commerce — not just  access to social media platforms or hosting servers, but also banking services and funding — for individuals and organizations with a different view.

To prevent this, the right needs to defend the peaceful participants and their right to protest, explain the roots of their deep legitimate concern (years of fake news, social media suppression, and election rule overrides and ballot proliferation), and use this as an opportunity to unite, not divide.

Some conservative leaders and commentators, especially Never Trumpers, seem to see this as an opportunity to purge the movement of everyone associated with Trump and mistakenly presume that by feeding him and his allies to the alligator, they will be allowed to escape and achieve the left’s promised unity.

But as the social media putsch shows, this kind of “unity” really means “accept your guilt and be silenced.” With Trump out of the White House, the alligator won’t go away; his menu will simply shift to any others who won’t shut up and “unify.” The penalty: their platforms, social standing, and sources of funding will all be cut off.

Efforts to force the 74 million people who voted for Trump over Joe Biden to feel ashamed and responsible or to publicly punish and silence their advocates, will be devastating not just to the Republican Party but to our country. We must instead regroup around our positive agenda, defend the tremendous policy gains that have been made — and stand strongly for the right of free speech and association, applied with neutral rules to everyone, including conservatives.

McMaken: Vaccine Passports Are Just A Way For The Regime To Expand Its Power