There appears to be a major discrepancy between BofA’s in house debit/credit card data, which showed a remarkable increase in spending at the end of the year (despite covid)… 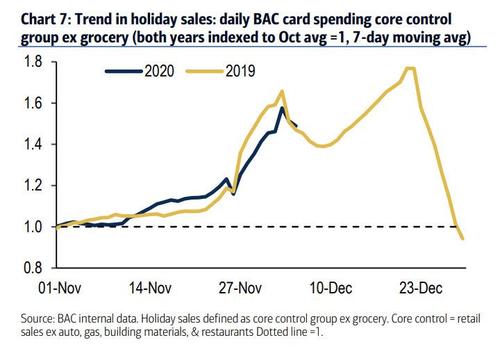 … and the Fed’s own consumer credit data aggregation, because according to the latest Consumer Credit (G.19) report, in December revolving debt, i.e., credit card debt, shrank for a third consecutive month declining by $$3BM following a $653MM drop in November and a $5.5 billion drop in October. 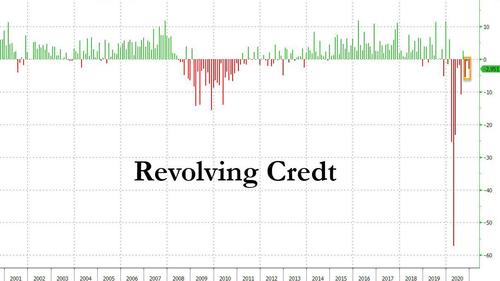 This means that in 2020, US consumers have paid down a record $118.3Bn in credit card debt, a staggering amount for an economy that runs on credit.

The flip side, however, is that as revolving credit dropped, non-revolving credit rose, and in November US consumers increased their student and auto loans – the two largest component of this category – by $12.8 billion… 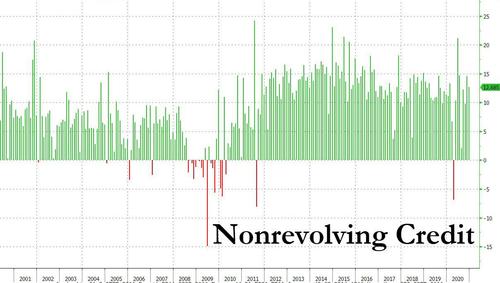 … bringing the total December change to $9.73 billion, which due to the sharp drop in credit card balances was far below the $12BN increase expected by economists.

Meanwhile, and there was no surprise here, the total dollar amount of both student and auto loans hit a new all time high in the 4th quarter of 2020, with the former rising by $2.5BN to a new all time high of $1.707TN and the latter rose $9BN to $1.228TN. 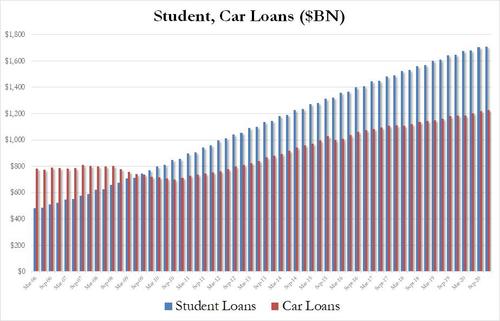 This means that even as Americans turned thrifty on their credit cards, they went to town on loans made where either the Federal Government has some implicit backstop, such as student loans which will likely be discharged in part or in whole by the Biden admin, or where they used the cash to buy cars, which is also understandable when one can take out a loan which maturity is well beyond the viable life of the actual (used) car being purchased. The implication in both is that nobody – neither the lender nor the borrower – expects that the loan will ever be repaid, something which can’t be said about credit card debt (at least for now).

The Presumption of Liberty