A controversial change in how bonuses were to be issued for 2020 has wound up pulling forward $400 million in expenses, which will be booked in Q1. The costs otherwise would have been spread out over the next four years, according to Bloomberg.

The bank’s CFO said on Friday: “In January, we made a change in one element of a portion of our incentive comp paid in 2020. The alteration will shift into this quarter costs that would have been incurred anyway over the next four years, so it’s just an acceleration in Q1.”

Recall, we had reported earlier this month that the change in bonuses was causing “internal drama” at the bank.

The bonuses in question are shares that are granted to executives who earn $1 million or more. Instead of shares vesting in equal parts over a timeframe, they now all vest only at the end of four years. The new rules were supposed to be applied broadly, but it has been revealed that many top investment banking and trading veterans spoke out against having to wait 4 years for their bonuses. As a result, management agreed to exempt them. CEO Brian Moynihan said on January 27 that the new policy “didn’t work the way some people wanted it to, so we fixed it.” 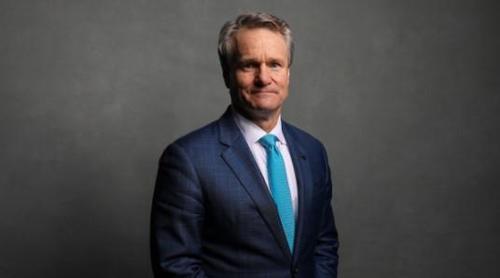 But others at the bank, who were not exempted, have been “gathering on calls to vent frustrations and discuss options.” Bloomberg wrote:

The cliff-vest provision is especially problematic for long-serving executives in corporate and commercial banking who expected to qualify for what’s known internally as the “rule of 60.” Previously, Bank of America let staff retire with all deferred pay so long as their age plus a minimum of 10 years served at the company equaled 60. That treasured perquisite now excludes the new bonuses.

Chief Financial Officer Paul Donofrio also said on Friday that the bank is expecting declining loan levels to be a headwind for net interest income, comprised of revenue from customer loan incomes minus what the bank pays depositors.

“It’s Work-To-Live, Not Live-To-Work” – San Francisco Expats Say They Have No Regrets About Moving To Austin

With NASDAQ Now Red For The Year, All Eyes Are On ARKK

UK Judge Rules Julian Assange Can’t Be Extradited To US