Chicago-traded corn futures are up more than 2% Tuesday morning, hitting 6-1/2 year highs on Monday, as commodity traders are concerned about export disruptions in South America and new weather models that suggest dryness, according to Reuters.

Argentina announced last week that sales of corn for export would be suspended until late February. The move by the government was to ensure domestic food supplies were stable.

“This decision is based on the need to ensure the supply of grain for the sectors that use it as a raw material for the production of animal protein such as pork, chicken, eggs, milk, and cattle, where corn represents a significant component of production costs,” the government said.

Besides export disruptions, traders are concerned about emerging weather trends that suggest dryness across the South American country that would impact potential yields.

“Argentina has had some rain, but the debate is whether this is enough as some areas are looking dry,” Ammermann said. 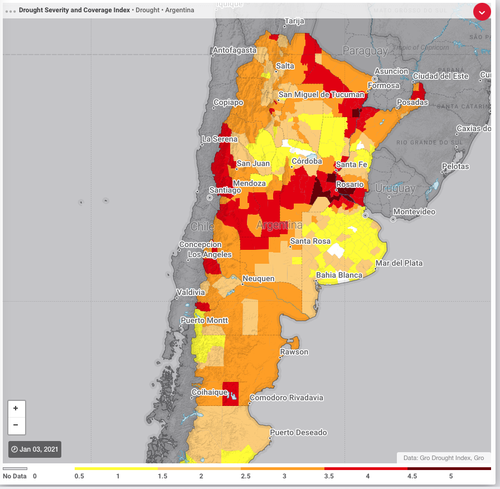 Reuters’ Karen Braun points out bullish bets on Chicago-traded corn futures have risen to levels not seen since August 2021. 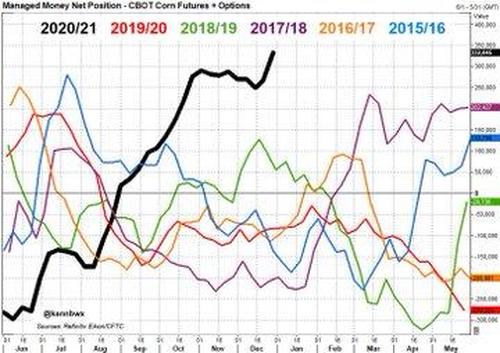 Besides surging corn futures, soybean prices have flirted with a 6-1/2-year as well.

While soaring agriculture prices is great news for US farmers, Albert Edwards, global strategist at Societe Generale, warns that the recent spike in food inflation could result in socio-economic destabilization in emerging market economies.